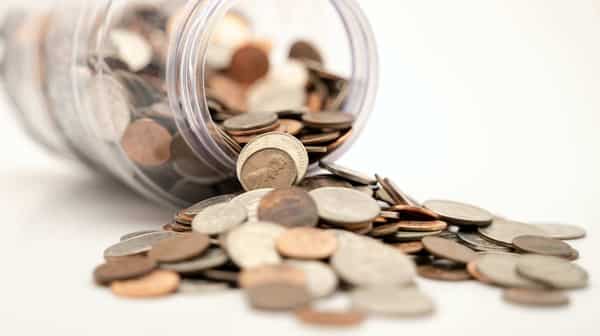 Jio Financial Services (JFS), a subsidiary of Reliance Industries, is set for a demerger and listing. According to a recent report by Macquarie Research, JFS could become India’s fifth-largest financial services firm on listing.

“Assuming a 6.1 percent stake in Reliance Industries Ltd realised over time, with a ₹1 trillion net worth JFS could be the 5th largest financial services firm in the country,” the report stated.

It further pointed out that the Reliance firm can disrupt the payments business and become a threat to other fintech models. Macquarie said the focus seems to be on consumer and merchant lending, which is the mainstay of NBFCs like Bajaj Finance and fintech firms like Paytm.

Post this report, the shares of Paytm lost over 11 percent in trade yesterday, November 22.

Reliance, in its Q2 earnings last month, said it will demerge its financial services business to create a new entity that will be listed on the exchanges. RIL will transfer 6.1 percent of the company’s shares held by a wholly-owned subsidiary to Jio Financial Services

“JFS will acquire liquid assets to provide adequate regulatory capital for lending. It will incubate financial services verticals such as insurance, payments, digital broking, and asset management for at least the next three years. The regulatory licenses for key businesses are in place,” said Reliance Industries.

Jio Financial Services has articulated that it plans to launch a consumer and merchant lending business based on proprietary data analytics to complement and supplement the traditional credit bureau-based underwriting, noted Macquarie.

The report pointed out that JFS will perhaps not be able to secure a banking license as the regulator is averse to allowing corporate groups, but since Reliance already has a Non-Banking Financial Company (NBFC) license, so JFS can leverage that for consumer and merchant lending.

RIL would transfer 6.1 percent RIL shares held by its wholly owned subsidiary to JFS. This clearly shows the grand ambitions the group has in financial services, noted the brokerage. Jio Financial will have a significant advantage over other NBFCs due to its deep-pocketed parentage, it said. Further, JFS’s over ₹1 lakh crore networth (after the sale of 6.1 percent RIL treasury shares), would make it the most highly capitalised NBFC, it added.

“JFS will differ from most other fintechs, as it will have access to huge amounts of data, gathered from non-financial relationships; it can process and analyse this data in real-time, to offer financial services, similar to Alibaba, Amazon, Apple, Facebook and Google. Also, unlike other fintechs, JFS will have a large balance sheet, not be asset-light and eventually manufacture most product offerings, giving it a significant competitive advantage,” it explained.

Large distribution network: The brokerage informed that Reliance group has a network of more than 15,000 stores across several formats (supermarkets, digital stores, etc) and a vast customer base of over 400 million in telecom and 200mn+ in retail (there could be overlaps here). JFS can leverage on network effects and in concept be a formidable threat for incumbents, it added.

KV Kamath as chairman: With KV Kamath, the man who built ICICI at the helm of affairs, appointed as the Chairman, JFS’s growth pursuits are likely to be aggressive, noted the brokerage. It further said that Kamath has a legacy of spotting newer markets and opportunities based on his past track record and can scale up JFS’s business verticals.

AAA-rated entity: “With RIL (Reliance) group as the main sponsoring entity, JFS will also likely be an AAA-rated entity which can borrow at attractive rates like the rates at which LIC housing finance borrows. JFS can not only offer attractive rates in the merchant lending and digital unsecured lending market, but they could also be reasonably competitive in the secured lending market eventually in our view,” said the brokerage.

The brokerage pointed out that financing of consumer durables is the key customer acquisition and engagement engine for BAF. While this business is just 10 percent of Bajaj’s overall AUM, the company heavily relies on this vertical as a customer acquisition engine, which it can later cross-sell personal loans to. However, recently, NBFCs have been losing market share in consumer durable financing over the last few years. BAF’s management has also recently admitted to losing market share in consumer durable financing, noted the brokerage.

“With the entry of Jio Financial, the competitive intensity in the consumer financing space will only increase. Moreover Reliance Digital, the largest consumer electronics retailer in India, would naturally also be one of BAF’s bigger customer acquisition channels (we do not have specific numbers on share). So, an aggressive entry by JFS in this segment can potentially hurt BAF’s growth prospects, in our view,” it explained.

Are banks safe from JFS disruption?

The RBI, in general, has been reluctant in giving universal banking licences to corporate groups. RIL group however has a payments bank licence, and the payments company may potentially be merged into JFS in time, Macquarie pointed out.

“By virtue of not having a banking licence, deposits, which is the cheapest form of funding for banks and gives a significant advantage over any other financial services intermediary, would not be accessible for JFS. JFS unlike some NBFCs also can’t raise any retail term deposits as the RBI stopped giving deposit-taking NBFCs licences largely post 2000. JFS also can’t offer any transaction banking services and a plethora of other products which banks are allowed to offer,” stated Macquarie.

It further noted that consequently, JFS could be more aggressive and compete more with fintechs, insurance companies, broking, AMCs, etc, where it has a licence or can easily get a licence from the regulator.

Also, secured loans remain the key forte of the banking sector and JFS would enter more into unsecured consumer finance rather than venturing aggressively into secured finance like housing and vehicle finance, as that requires a more intense, time-consuming, physical presence and setting up a collection and repossession infrastructure could take time, opined the brokerage.

As a result, the brokerage doesn’t envisage banks getting affected significantly in the medium term due to the regulatory arbitrage that they enjoy.

It remains positive on HDFC Bank and ICICI Bank in the long run and they are our top picks in the sector. Among NBFCs/fintech, Bajaj Finance and Paytm could be the most at risk, it said.

“While the scope for RIL to disrupt the financial services industry may be high, the path to profit has to be significantly de-risked. Further, we would prefer a more focused capital allocation strategy around energy transition and digital infrastructure themes. For RIL, our price target is unchanged at ₹2,000 and we maintain Underperform with our EPS estimates 30 percent below consensus and an already sub-par 6 percent ROE outlook,” it said.

Disclaimer: The views and recommendations made above are those of individual analysts or broking companies, and not of MintGenie.