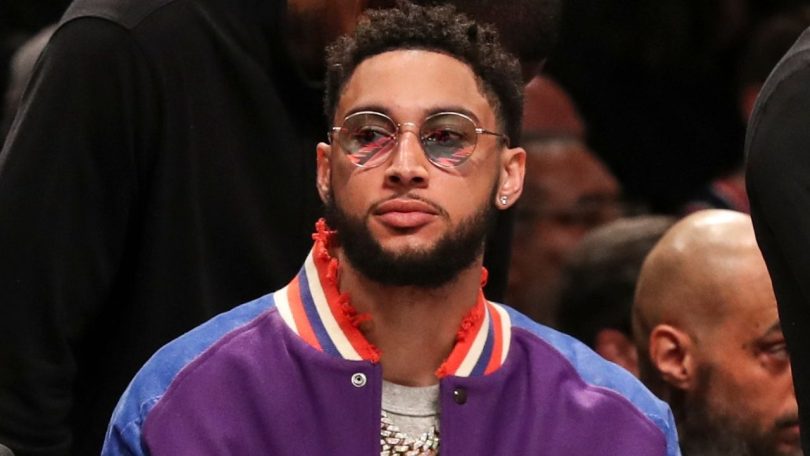 It’s been over a year since we saw Ben Simmons suit up for an NBA game. The former ROTY has not been looked at the same way since his debacle in the 2021 playoffs. The Simmons saga in Philadelphia had an ugly ending with the point guard and the front office hitting the deadlock.

Post his horrific performance in the semi-finals against the Hawks, coupled with Doc Rivers and Joel Embiid questioning his will to play, Simmons was sure about never donning the Sixers uniform again. The three-time All-Star didn’t budge a stance in his rift against the front office, finally having his way.

In a blockbuster trade, the Sixers and Nets cracked a deal sending Simmons to Brooklyn in exchange for James Harden. Many reports suggested that Simmons would be returning come playoff time, but a herniated disc would push his Nets debut even further.

Also read: “Ben Simmons had a $10,000 regret on his hands”: When the Nets star went crazy with his money and bought two Savannah cats

Social media and critics were all over Simmons for not playing games but being seated in his glamorous outfits on the sidelines. The 25-year-old doesn’t shy away from leading a high-end lifestyle. Recently, Simmons announced his collaboration with Ferrari on his Instagram.

Currently, on a $170M+ contract, Simmons doesn’t shy away from displaying his luxurious ways of living. Whether it’s owning exotic pets like the Savannah cats, driving a Ferrari, or wearing designer clothes, Simmons is always ready to flaunt.

Simmons’ recent collaboration with Ferrari sent Twitter into a tizzy, questioning how the Nets guard landed such a big deal despite not playing a single game this season and being in the news for all the wrong reasons.

Worried about everything but basketball

Needs to collab with lethal shooter

he needs to collab with a basketball

So a Ferrari that’s really good at braking ‍♂️‍♂️

getting a Honda Civic to market a Ferrari is wild

Nice! Will it be released on time or is it going to choose to sit for awhile?

The Aussie baller is looking to make his return in the upcoming 2022-23 season post his successful back surgery.