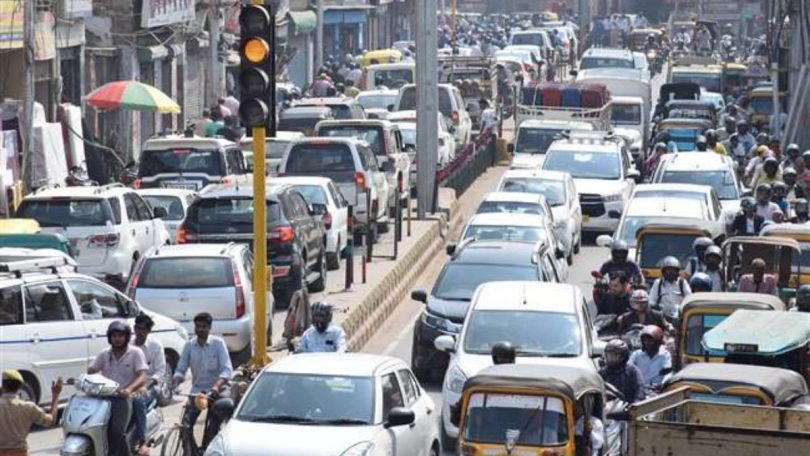 People living in Bengaluru have been suffering from long hours of waiting in the traffic. The city has congested roads, filled with plenty of potholes making it tough for people to commute from one place to another. However, what if in this annoying traffic a romantic love story blooms and brings a smile to people’s faces. Yes, you read that right. The annoying traffic of Bengaluru brought two people close together, and as a result, they ended up tying the knot.

According to a Reddit user, near the Sony World Signal, he met his wife, and later the two of them became friends. The user explained that one day he was dropping her off when they were forced to spend hours stuck in traffic due to the construction of the Ejipura flyover.

The duo chose another route in order to avoid the traffic jam, as both of them were irritated as well as hungry. Later, the two went out for dinner, and that’s how the romance bloomed between two.

Giving the story a little humour touch, the user illustrated how the construction of the flyover became an unfavoruable situation for people living in the area.

Sharing about the incident, the Reddit user wrote, “I’ve mentioned this in another thread, but I met my wife near Sony World Signal. I haven’t put the whole story there, but the gist is that one day I was dropping her home (only knew her as a friend back then), and we got stuck somewhere nearby because of the Ejipura flyover work. We got frustrated and hungry, so we diverted and went and had dinner nearby. Anyway, I’ve dated her for 3 years since then and been married for 2 years, but the 2.5 km flyover is still under construction.”

In no time, the entire incident went viral on the internet. A Twitter user took a screenshot of the Reddit user’s post and shared it over the micro-blogging site.

The post garnered above 4,000 likes and several comments. The love story brought people into a state of awe, and later they described their own bad experiences with congested traffic in Bengaluru.

While one user wrote, “Can relate. That flyover is under construction for all the time I’ve been in Bengaluru.” Another commented, “Do they still get stuck on purpose, so a date happens? Coz things change once married lol”.

However, people now seem to have adjusted to the terrific traffic of Bengaluru and often meme fest trigged by the traffic surface on social media sites.