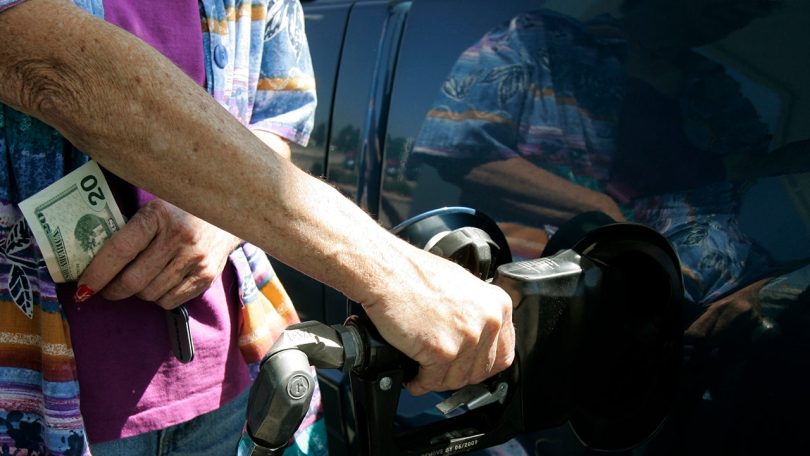 Lipow Oil Associates president Andy Lipow provides his outlook on the oil market, telling ‘The Claman Countdown’ he expects gas to drop to $3.50 per gallon by October.

President Joe Biden touted the worldwide drop in oil prices on Monday but urged energy companies to lower the price at the pump for consumers.

“We haven’t seen the lower prices reflected at the pump though. Meanwhile, oil and gas companies are still making record profits, billions of dollars in profits,” Biden said at a meeting with the White House Competition Council.

“My message is simple. To the companies running gas stations and setting those prices at the pump: Bring down prices you’re charging at the pump to reflect the price you’re paying for the product. Do it now.”

WTI Crude, the U.S. benchmark, was sitting at about $76.52 a barrel on Monday after steadily falling over the last three months from its high of $122.10 on June 7.

Gas prices have also steadily dropped over the past three months, with the average gallon of gas at $3.725 a gallon on Monday, according to AAA, down from a high for the year of $5.016 on June 14.

The price of gas at the pump is primarily driven by the price of crude oil, but is also affected by refining costs, local, state, and federal taxes, and distribution costs, such as rent and employee salaries.

GAS PRICES RISE FOR THE FIRST TIME IN NEARLY 100 DAYS

Many gas stations are owned by independent businesses that purchases gas from refiners and market it to the public, while some refiners own and operate retail outlets directly.

A customer refuels a vehicle at a Costco gas station in the South of Downtown (SoDo) neighborhood of Seattle, Washington, U.S., on Wednesday, March 9, 2022. (Chona Kasinger/Bloomberg via Getty Images / Getty Images)

Biden’s comments on Monday echoed a letter that he sent to oil and gas companies in June, instructing them to lower gas prices amid “historically high refinery profit margins.”

Industry leaders hit back at Biden at the time, arguing that the rising prices of other costs associated refining oil have also shot up in recent months.

“Your letter conflates refining margins with crack-spreads, which do not account for operating costs that are being driven higher by record inflation,” American Petroleum Institute CEO Mike Sommers wrote to the president.