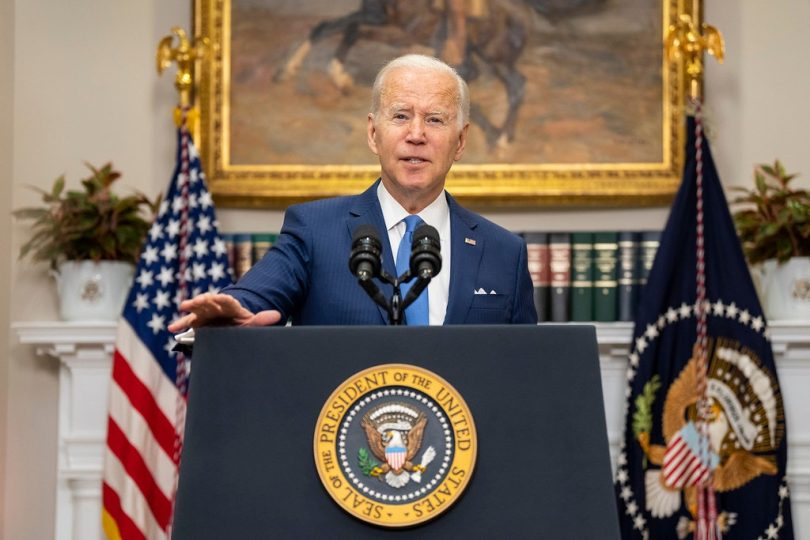 President Joe Biden’s administration on Wednesday released a letter it addressed to seven oil and gas companies, urging them to take steps to lower the cost of fuel as the price of a gallon of on-highway diesel crosses $6 in many regions across the country.

Biden was sharply critical of the companies’ “historically high profit margins for refining oil into gasoline, diesel and other refined products” while average consumers suffer, but also seemed to acknowledge that problems with the country’s refinery capacity went beyond mere corporate greed.

“Since the beginning of the year, refiners’ margins for refining gasoline and diesel have tripled, and are currently at their highest levels ever recorded,” according to the letter. But in the very next line, Biden put the historic squeeze into context, calling refinery capacity a global concern and noting that during the pandemic, about 3 million barrels per day of capacity went offline. Previous reporting from this publication has revealed that a variety of factors have hit refinery capacity. Those include weather events, labor shortages, incidents like a 2019 fire at a major refinery, and a lack of capital expenditures on increased oil capacity, due to a shaky political and business climate around fossil fuels.

[Related: Who is to blame for record high diesel prices?]

“I understand that many factors contributed to the business decisions to reduce refinery capacity, which occurred before I took office,” Biden wrote. “But at a time of war, refinery profit margins well above normal being passed directly onto American families are not acceptable.”

Biden added his administration “is prepared to use all reasonable and appropriate Federal Government tools and emergency authorities to increase refinery capacity and output in the near term, and to ensure that every region of this country is appropriately supplied.” He mentioned ongoing efforts to release oil from the Strategic Petroleum Reserve and expanding access to E15 (gasoline with 15% ethanol).

Representatives from Exxon, Shell, and Chevron were contacted for comment on the letter but didn’t return messages in time for this report. Any further comment will be added, but on Tuesday, the American Petroleum Institute, which represents the oil and gas industry, issued a letter of its own.

“Demand for energy, specifically crude oil, has surged as global economies have rebounded from the early part of the COVID-19 pandemic,” API wrote. “In part, supplies have not kept pace due to global underinvestment in recent years driven by geopolitical and market forces, public policies, and investor sentiment.”

API offered ten possible solutions to lower fuel prices amid what it called “the most consequential energy crisis since the 1970s,” a contention the International Energy Administration has echoed. The API’s plan largely revolves around clearing administrative and permitting issues around new drilling and refining, but also calling for the Securities and Exchange Commission to “reconsider its overly burdensome and ineffective climate disclosure proposal,” which would require publicly traded businesses to disclose climate data. API’s plan also called for a rollback of steel tariffs on U.S. allies, something that Biden’s administration has reportedly considered, though experts note its impact on overall inflation would likely be minimal.

Also on Wednesday, the Federal Reserve, which is explicitly tasked with managing inflation, raised interest rates three quarters of a point, its largest single rate move since 1994.