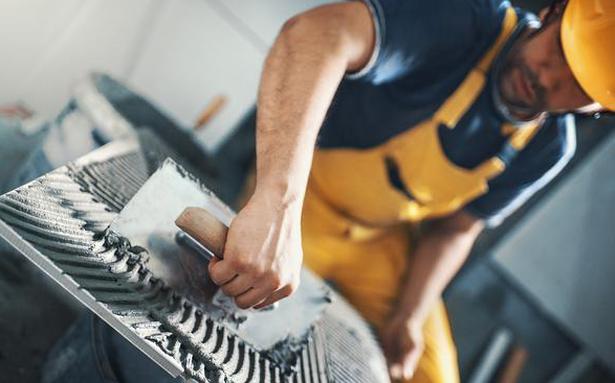 Battle lines have been drawn between Kumar Mangalam Birla-backed UltraTech and Gautam Adani’s Adani Cement to become the dominant player of the country’s cement market. In May this year, Adani defeated Birla in a hotly contested bidding war to acquire Holcim’s India business, the Ambuja Cement-ACC combine for a whopping $10.5 billion.

The largest-ever acquisition by Adani, and India’s largest-ever M&A transaction in the infrastructure and materials space, catapulted Adani Cement, a new player in the industry, to become the second-largest cement maker in one shot. Adani Group now has a cumulative capacity of 66 million tonnes per annum (mtpa) which will be enhanced to 80 mtpa in the next two years. Gautam Adani, Chairman, Adani Group, says the company will be able to build a uniquely integrated and differentiated business model in cement with the several adjacencies of the group’s ports, logistics, energy and real estate businesses and grow existing capacity significantly in the near future. Sensing an imminent threat to its leadership position, UltraTech announced a ₹13,000 crore investment to ramp up its capacity. At present, UltraTech’s production capacity is 119.95 mtpa which would go up to 159.25 mtpa. The fresh investment is on top of the ₹6,500 crore announced last year in August.

Both Birla and Adani believe that India’s growth over the next five years will increase investments in housing, roads and other infrastructure. According to ICRA, the cement demand is expected to grow by 7-8 per cent to around 382 mtpa this year. “Not only is India expected to remain one of the world’s largest demand-driven economies for several decades, but also continues to be the world’s second-largest cement market, and yet, has less than half of the global average per capita cement consumption,” Adani said after acquiring Ambuja-ACC.

As a result of this expected demand, the Indian cement industry is abuzz with investments not only from corporates but also from financial investors such as Premji Invest and Radhakishan Damani, promoter of the D-Mart chain of retail stores.

The revival of construction activities post-Covid and rising capacity utilisation of existing players have brightened prospects of the sector even as headwinds such as rising input costs, high fuel prices, and constraints in the availability of coal remain a concern.

Unlike steel, builders have to bear the incremental cost as cement cannot be imported from other countries and has to be sourced domestically within a radius of 200-300 km to make it financially viable.

Apart from Damani’s 21 per cent holding in India Cements, Azim Premji’s investment arm Premji Invest Opportunities Fund picked up about 10 per cent stake in Hyderabad-based cement firm Sagar Cements for around ₹350 crore in March. The company, which ranks among the lowest-cost cement producers, has a production capacity of 8.25 mtpa.

JSW Cement has also made an aggressive plan to enhance its capacity to 25 mtpa over the next two years. In the span of the last three years, the company raised its capacity from 6 mtpa to 14 mtpa.

Not to be cowed down by top players’ large investments, mid-size Star Cement is also investing about ₹1,800 crore for doubling the clinker capacity and adding 4 million tonne grinding capacity over the next two years. The company currently has two clinker units in Meghalaya with a combined capacity of 2.75-2.8 mt. It plans to put up another kiln of 3 mt capacity and take up the clinker capacity to 5.75 mt by April, 2024.

The zero-debt Star Cement is sitting on a cash pile of over ₹700 crore and is generating a cash surplus of over ₹400 crore a year.

The high investment in the sector is supported by robust demand and low per capita consumption of 242 kg compared to the global average of 525 kg.

Despite the growing optimism, the profit margins of cement companies are expected to remain under pressure due to rising input cost.

The all-India cement production last fiscal increased by 21 per cent to 361 million tonnes and it was higher by 8 per cent when compared to pre-Covid levels of FY’20. The rise in demand was supported by the revival of rural housing and a pick-up in infrastructure activity.

In this fiscal, cement volumes are expected to grow by 8 per cent to about 388 mt aided by demand from rural and urban housing, and the infrastructure sectors.

Anupama Reddy, Vice President, ICRA says despite the increase in the net sales realisations by 5 per cent, the operating profit per tonne of cement companies declined 11 per cent last fiscal to ₹1,115 tonne primarily due to an increase in input prices such as raw material, power and fuel, and freight costs.

The highest-ever operating profit of ₹1,378 a tonne in the first quarter last fiscal declined progressively to ₹965 a tonne by end of FY’22. The input costs are likely to remain elevated in the near term and pull down the operating margins by five per cent in this fiscal, she says.

The large-scale expansion by the leading cement companies and unprecedented pressure on margin will ease out fringe players leading to further consolidation with the new and large players turning aggressive on growth in the future and leading to vibrant M&A activity in this space. However, if the industry maintains a vigilant approach to capex, consolidation will be slower depending on the demand and supply cycle of the industry, says Vinod Nair of Geojit Financial Services.

When it comes to acquisitions both Birla and Adani will be looking for opportunities to improve their market share. But such a slugfest is not new for Birla. In 2018, when Binani Cements was on the block, Ultratech outmaneuvered Dalmia Bharat to walk away as the winner.

Even in the latest battle with Adani, Birla seems to have had a better deal on the valuation. According to Kunal Motishaw of Reliance Securities, the latest phase of ₹12,800 crore expansion by UltraTech will be a mix of greenfield and brownfield at a cost of $75 a tonne while Adani’s buyout of Ambuja-ACC combine is at $180 a tonne. Who will have the last laugh in the cement sweepstakes?