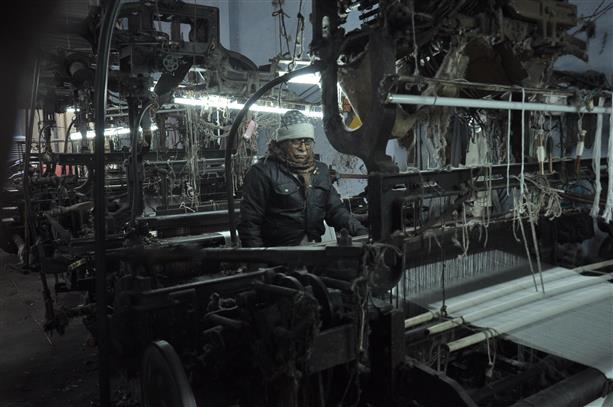 Local textile industrialists have demanded a national textile policy to give a boost to the sector and make it globally competitive.

They rue that Union Minister Smriti Irani had organised scores of meetings to prepare the policy and demanded representations from them, but nothing came out of the whole exercise.

Members of the Textile Merchants Association (TMA) said the Centre had not announced the textile policy which has been pending since 2016. Members of the TMA demanded that the New National Textile Policy should be framed to meet requirements of textile manufacturers falling under the MSME.

Deepak Khanna, president of the TMA, said the government lacked the vision to bring in dynamic changes in textile manufacturing. “We definitely need to replace 22 lakh power looms with shuttleless looms but at the same time it is required to revive handlooms which have immense scope to produce export quality cloth”. Citing his personal example he added that he installed a couple of looms but was unable to find expert artisans to operate them.

Piara Lal Seth, president of the Punjab Pradesh Beopar Mandal (PPBM), recalled that several meetings were held in Delhi and Mumbai and he attended them on behalf of the local industrialists yet the policy was not formulated.

He said wages of textile labourers and artisans were going up in China, competition from Sri Lanka has subsided and various other factors. He sought introduction of the policy at the earliest apart from 25 per cent capital subsidy and curtailment of GST from 18 percent to five per cent for buying machineries for textile production.