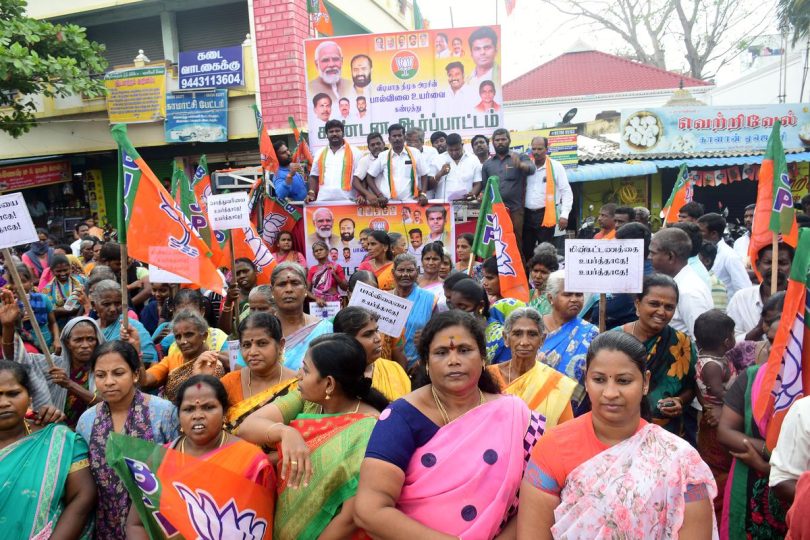 BJP cadre staged demonstrations at various places in Tiruchi city and elsewhere in the district on Tuesday condemning the State government for hiking the price of milk and increasing electricity tariff and property tax.

The demonstrations were held at eight places in Tiruchi city including at Varaganeri and near the Anna statue at Chinthamani. The demonstrators raised slogans opposing the hike and demanded the State government to withdraw them.