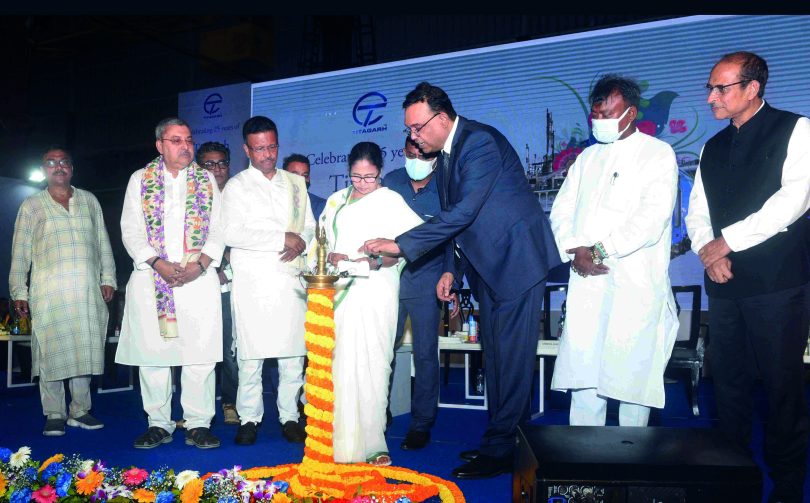 UTTARPARA: Chief Minister Mamata Banerjee said that she is confident that Bharatiya Janata Party (BJP) will not come to power in 2024.

“I am telling this with a challenge that has come from confidence. I have been fighting the BJP and have gained confidence and so I am saying this. BJP will not come to power in 2024,” she said.

Attending the silver jubilee celebration of Titagarh Wagons at Uttarpara in Hooghly on Wednesday, stating that she would not go into mathematics to explain how she came to this conclusion, Banerjee said: “I will not be able to tell you what is the mathematics behind this or where so many seats that were bagged by the BJP will go but they will not come to power.”

She maintained that the astrologers have also predicted the ouster of BJP from power which has prompted them (BJP) to come up with the new building (Parliament Building).

“They have broken a portion of the old building and have made a new building. You can move into a new house but if fortune is not favouring you then shifting to a new one will not change your bad fortune and will wrap it with gold,” Banerjee said.

Addressing a massive rally on the occasion of Martyr’s Day on July 21, the Trinamool Congress chief had accused the BJP government at the Centre of “monumental incompetence” and had said that the saffron party will not get the single party majority in the 2024 Lok Sabha polls.

She had reiterated that the 2024 Lok Sabha polls will be an “election of rejection and not a selection election for reinstating a government”.

Banerjee also slammed the Union government over the increase in GST rates on pre-packed and labelled food items such as puffed rice, milk powder, pulses and flour weighing less than 25 kg, terming it as “anti-people”.

Referring to the dislodging of the government in Maharashtra she said: “They (BJP) have been speaking of carrying out similar operations in Jharkhand, Chhattisgarh. We have defeated them in Bengal so they are trying to break Bengal. It will not be at all easy. Let me remind you that this is the land of the Royal Bengal Tiger, so for dislodging the government in Bengal you have to fight with it, you have to fight the real lion here,” she added.

Banerjee alleged that the atrocity unleashed by the BJP presently in Bengal through the use of central agencies like the Enforcement Directorate (ED), CBI (Central Bureau of Investigation), Income Tax is worse than the British rule.

In an apparent reference to the suspension of 19 opposition members from Rajya Sabha on Tuesday, she said: “These days, if you protest against something, you get suspended.” Among the suspended MPs, seven belong to the TMC.