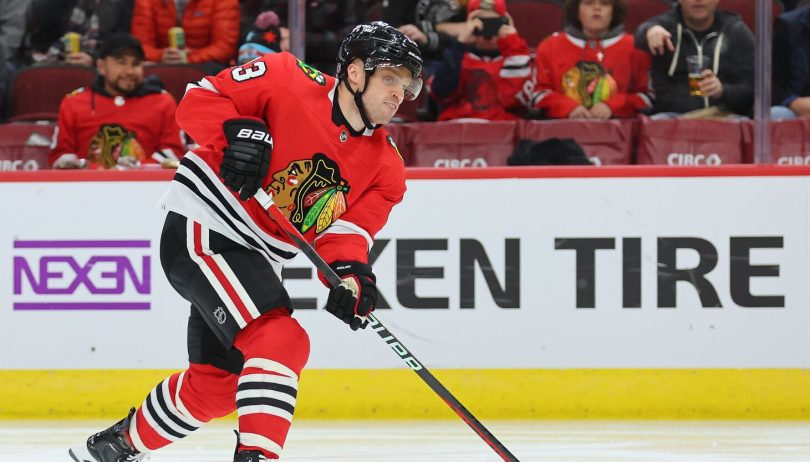 On the surface, the Blackhawks’ power play seems effective this season. Entering Tuesday, it ranked 12th in the NHL with a 24.3% conversion rate.

So while the tangible results have been more than acceptable so far, the Hawks have been getting very lucky to achieve them. Regression into the league basement feels somewhat inevitable.

Or maybe not. The Hawks spent the majority of a lengthy practice Tuesday working on special teams, learning lessons from Saturday’s debacle against the Jets. And they made a few small but substantial tweaks to their power-play approach.

“Our in-zone [play] has been good,” coach Luke Richardson said. “We’re moving the puck around well. It’s just [about] getting in the zone. It hasn’t been clean, and we haven’t had a chance to work on it with all the games. … We want to give different options [so] we don’t just do the same thing all the time.”

One notable change involved Max Domi and Patrick Kane flipping sides within the in-zone set-up, with Kane now manning the left and Domi the right side. Caleb Jones continued running the point while Jonathan Toews operated in the bumper role (roving the slot) and Taylor Raddysh held the net-front position.

Kane has historically spent most of his power-play ice time on the right side. He was deadly there last year, for example, as a left-handed passer feeding Alex DeBrincat — a right-handed shot on the left side — for one-timers.

Right now, however, the Hawks’ top unit (“PP1”) is loaded up with left-handed shots. Having Kane on the left side therefore creates three passing lanes — cross-ice to Domi, into the slot to Toews or up top to Jones — that all lead to one-timers.

“It’s pretty obvious when you look at our unit and see all the lefties,” Jones said. “When you have one of the best passers of all time, you probably want him over there where he has one-timers everywhere he’s looking.”

While entering the zone, Kane and Domi can flip-flop sides as they wish, and often they “figure it out between the two of us as we go,” Domi admitted. But Kane entering down the left wing could make that step easier, too, since he’ll be able to protect the puck better on his forehand.

Meanwhile for Jones, moving up from “PP2” to “PP1” in the wake of Seth Jones’ injury has required adjusting his individual approach.

The “PP2,” which Alec Regula quarterbacked Tuesday, focuses on being direct and focus on getting shots through on-goal, because they usually hit the ice during the waning seconds of penalties. On “PP1,” however, there’s much more time to work the puck around and patiently set up a grade-A chance, so Jones is still “trying to find the right time when to shoot and when to pass it.”

The Hawks would also like to draw more penalties in general. They’ve had 37 power plays and 49 penalty kills this season; that minus-12 differential ranked 31st in the league entering Tuesday. Over the past four games, they’ve enjoyed only eight total power plays — and scored just one power-play goal while conceding one shorthanded goal.

So there’s clearly plenty on which to improve. But the Hawks believe Tuesday will help significantly with that.

“It’s still early in the year, and we’re still trying to iron things out with some new personnel and guys that aren’t used to playing together,” Domi said. “We’re just bouncing [ideas] off each other, and that’s how you get results.

“We’re pretty confident what we have going right now is going to work.”