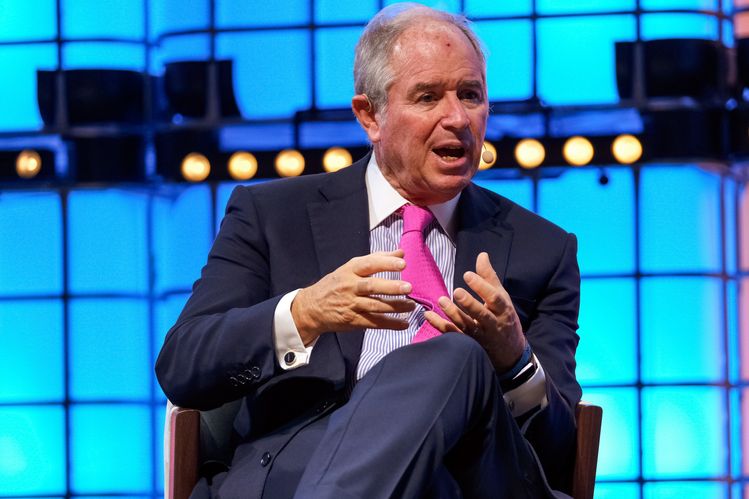 Blackstone chief executive Stephen Schwarzman says exposure to warehouses and apartments buoyed its mega real estate fund in a punishing environment where some rivals lost up to a quarter of their value.

In a Wednesday interview with Barron’s editor-in-chief David Cho at the World Economic Forum in Davos, Schwarzman said the Blackstone Real Estate Income Trust, known as BREIT, weathered an environment of higher interest rates by avoiding areas of “real stress” in the real estate market such as offices and shopping malls.

BREIT, which is up about 8% through November, is concentrated in warehouses and apartments, two bets the chief executive says will continue to pay off. But Blackstone had to limit redemptions from the $70bn flagship retail product in December after withdrawals exceeded its limits.

The online shopping boom and trend of bringing manufacturing capabilities back to the US have benefited warehouses, while apartments have done well as people struggle to enter the housing market, Schwarzman noted.

Supply of both warehouses and apartments is “dramatically going down” due to the rising cost of building materials, but demand has remained steady, he adds. This is particularly true in the fast-growing Sunbelt region of the US, which includes Florida and Texas, where BREIT’s assets are heavily exposed, he said.

Schwarzman said BREIT has been able to protect itself from rising rates by fixing around 90% of its debt for 6.5 years. That strategy has helped the product make money as other types of real estate investments got hurt, he added.

Analysts have speculated about a multitude of possible economic outcomes for 2023. The term polycrisis has been bandied about more than a few times this week at the WEF.

Schwarzman is relatively sanguine on the economic outlook. He says the developed world’s economy is doing better than expected because of the huge amount of savings that households amassed during the pandemic. In the US, that figure is around $2.5tn.

“What’s surprising is that [the Fed’s interest-rate hikes] haven’t had an impact more quickly,” he says.

While industries that are sensitive to interest rates have felt the pinch of the Federal Reserve’s quantitative tightening, a full-blown squeeze hasn’t happened, Schwarzman says. The CEO pointed to housing starts, which have been down around 19%. In a typical recession, they would be down about 35%, he noted.

“The Fed keeps saying they’re going to keep rates up for long. I think the reason they’re doing that is they want to see what happens when the consumers run out of special savings money,” Schwarzman said. “Then I think you’ll have a dip when the full power of higher rates affects the economy.”

Asked what’s next for his career, Schwarzman says he has no intention of slowing down. In between his day job, philanthropy, political work, and time with his grandchildren, he says he has never been busier.

“People ask me, ‘Are you thinking about retiring?’ I say, ‘Who would give all this up?’”

This article was first published by Barron’s, a fellow Dow Jones Group title

To contact the author of this story with feedback or news, email Kristen McGachey