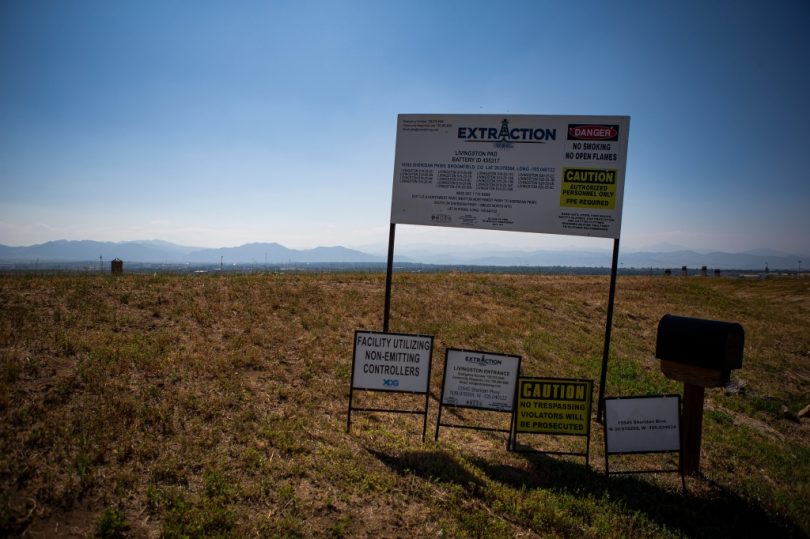 Boulder County has received a letter from Extraction Oil and Gas threatening to seek a statutory pooling order if the county does not lease mineral rights for a Weld County drilling project.

Extraction’s “Blue Paintbrush” pad is approximately 1,000 feet east of the Boulder County line on land over which Boulder County owns a conservation easement.

Extraction has permits from the Colorado Oil and Gas Conservation Commission to drill up to 32 wells on the pad, but the Blue Paintbrush wells are designed to drill horizontally from the Weld County site to produce oil and gas under four square miles of Boulder County, where Boulder County is the majority mineral owner.

Boulder County filed a lawsuit in 2018 arguing that its conservation easement and several existing leases do not allow for the approved drilling, but that suit was unsuccessful.

According to a release, Boulder County received a letter from Extraction on July 5 offering to lease county-owned mineral rights. If the county does not agree to lease 552 acres of mineral rights or to accept a working interest in the Blue Paintbrush wells, Extraction said it would seek a statutory pooling order from the COGCC.

“In the event that we do not receive your election within 60 days, we will assume that you do not desire to lease your mineral interest,” the letter read. “(Extraction Oil and Gas) will then proceed to drill these wells under the terms of its existing oil and gas leases and applicable COGCC rules and orders.”

Extraction already filed an application with the COGCC on July 7 to force pool the minerals, but the application is now in a regulatory waiting period.

In the release, Boulder County officials said they believe the county “has strong arguments against forced pooling,” but not agreeing to lease risks the county having to share in the cost of drilling and producing the oil and gas.

“Boulder County has a long-time policy of not voluntarily leasing its mineral rights for development,” the release read. “However, considering the threat of forced pooling and the significant amounts of land, minerals, and money at stake in this situation, the county will complete a full public process before rendering a decision on the offer.”

Boulder County’s Parks and Open Space Advisory Committee will review Extraction’s lease offer at a public hearing on Thursday, the first step in the process for making determinations on whether to lease open space for development.

To provide comments to the advisory committee, residents can sign up to speak at the meeting. The meeting can also be viewed remotely at boco.org/posac.

The advisory committee will then make a recommendation to the Board of County Commissioners, which will take up the matter at a public hearing on Nov. 1.