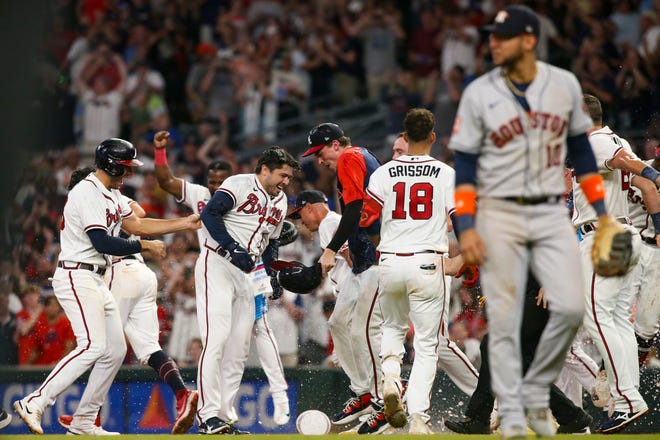 The Atlanta Braves won five of seven against the New York Mets and Houston Astros last week and enter Monday having won 11 of 13, four games behind the Mets in the National League East.

The Mets head to the Bronx to play the Yankees for two games starting Monday while the Braves face the Pirates for three in Pittsburgh, perhaps another opportunity for Atlanta to pick up some ground.

The Braves moved up two spots to No. 3 in this week’s power rankings, right behind the Mets who took over the second spot from the Astros, who dropped to No. 4.