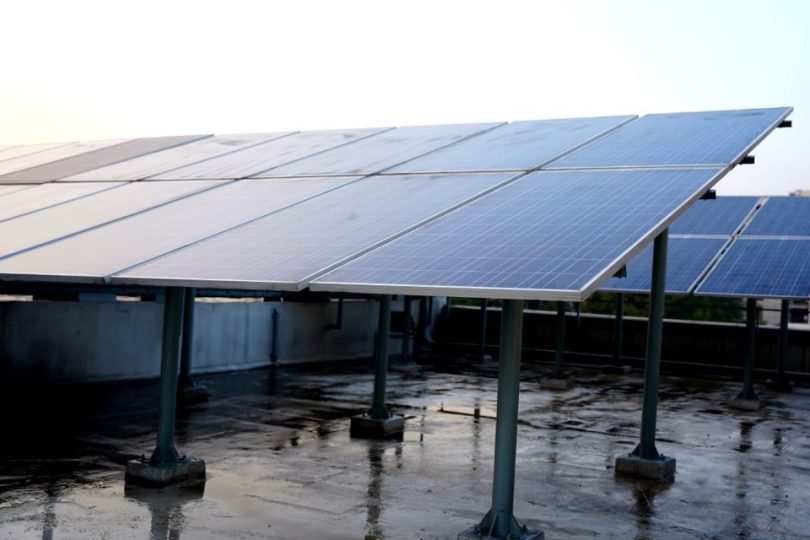 In partnership with SOLshare, a climate tech company, the High Commission has installed a 15.93 kilowatt per hour grid-tied rooftop solar project for its office. In other words, solar power will be offset against the High Commission’s electricity consumption from the grid.

The solar panels will reduce carbon dioxide emissions by the High Commission by approximately 320 tonnes over its expected life of 30 years and will produce approximately 18,000 kilowatt hours of electricity every year.

“I am delighted to see that we are moving to green, renewable energy at our High Commission. Electricity produced through renewable sources such as solar is critical to reducing our dependence on electricity produced by the burning of fossil fuels, which drives climate change. The energy crisis and the global situation since UN Climate Change Conference (COP26) hosted under the UK Presidency in November 2021 demonstrates that the rapid acceleration of renewable energy is not only essential to protecting the planet, but critical to the security of energy supply.”

The green energy transition will help to meet bold climate commitments by accelerating transition to more affordable, reliable, and accessible energy that spurs growth, and reduces carbon emissions. Rooftop solar panels have been proven as one of the most effective renewable energy solutions for Bangladesh to meet its desired energy target and alleviate the present energy crisis. The British High Commission Dhaka is proud to be part of this change by contributing solar energy from its office rooftop.