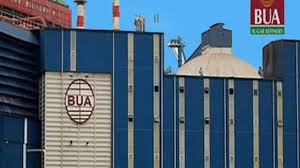 Proceedings on the floor of the Nigerian Exchange Limited (NGX) resumed on a positive note as gains in BUA Cement, GTCO and 10 others drove the All Share Index (ASI) up 0.39 per cent to close at 49,189.32 points.

Consequently, the market’s year-to-date (YTD) grew to +15.22 per cent. Analysis of the market’s performance showed that the volume of stocks traded stood at 119.28 million while the value of stocks stood at N854.76 million which was exchanged in 3,580 deals.

Meanwhile, the NGX Group in its bid to reduce distortion of companies’ public information and market data, has urged investors to disclose their substantial interest in listed companies no later than 10 business days after such a transaction.

According to the NGX, sudden announcements of their previously undisclosed interests breaches the exchange’s rules as well as other extant market laws.

The exchange in a statement noted that its attention has been drawn to this trend by investors adding that the disclosure obligations are provided under the exchange’s rules, the Companies and Allied Matters Act (CAMA), 2020 and the Consolidated Rules and Regulations of the Securities and Exchange Commission (SEC or the Commission), 2013.