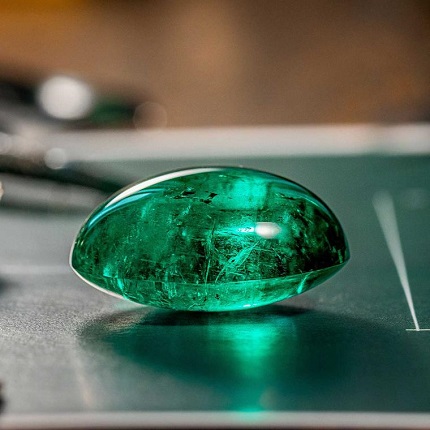 Italian luxury fashion house Bulgari has come out with the first-ever docu-film that explores the behind-the-scenes action within the Rome-based maison. Titled Inside the Dream, the film is directed by Matthieu Menu and produced by Terminal9 Studios. It premiered at the Toronto International Film Festival (TIFF) 2022, held between September 8 and September 18. Incidentally, Bulgari signed on as a major sponsor and official jewellery partner of TIFF in May this year.

The documentary follows the maison’s Jewellery Creative Director Lucia Silvestri through a world of amazing artisanal craftsmanship, revealing the secrets behind crafting a high jewellery masterpiece. It features Silvestri as she gets the initial idea in Bulgari’s headquarters, follows her as she travels to Jaipur in search of the perfect gemstone, and then highlights the culmination of the endeavour on the red carpet in Venice.

From Rome to Jaipur – the hunt begins

The docu-film engages with viewers, closely following the 12-month process of creating a one-of-a-kind piece of jewellery. It begins with Silvestri hunched over magnificent gemstones in her design studio. In the background, one can see the walls that feature hundreds of designs she has dreamt up during the 40 years she has spent at Bulgari.

Silvestri’s connect with the stones is apparent, as she touches them, talks to them and runs her hands through emeralds, rubies, sapphires and tourmalines. The ease with which she handles the stones stems from her wide-ranging experience in selecting gemstones and creating splendid designs with them.

Silvestri was mentored by Nicola Bulgari, grandson of Sotirio Bulgari, a Greek silversmith who founded the company in 1884. He was the one who taught Lucia all about gemstones, and he is still consulted when important high jewellery pieces are to be produced. Nicola, and his brother, Paolo, managed the design studio together, and they spent a lot of time teaching Silvestri how to buy stones and design jewels. Thanks to their mentoring, she has made it big in what is generally seen as a man’s world.

Inside the Dream takes viewers on a journey with Silvestri as she goes on a buying spree to Jaipur in India, which is one of the most important colour gemstone trading centres of the world. The film highlights many interesting facets, and points out that it takes years to build a relationship in the world of gemstones, and that trust is at the heart of every transaction. Thanks to her background, Silvestri has earned the trust and respect of the world’s most important gem dealers. Viewers get to see many of them opening up their vaults to reveal deeply-hued, dazzling bright gems.

The film then follows Silvestri as she goes around in Jaipur, seeking an outstanding emerald for a new Serpenti necklace. Jaipur, also known as The Pink City, is famous for its ancient pink-hued buildings, and it offers an exotic backdrop for the serious business of selecting gemstones, negotiating their price and arranging the cutting and polishing of the stones.

The unique gem that Silvestri selects is a 4-kg Colombian emerald that belongs to a notable family of gem dealers. Silvestri convinces the dealer to cut a 93.83-carat cabochon-cut emerald from the rough for the Serpenti Hypnotic Emerald necklace she is planning to create.

The journey is about to end!

The viewers are then taken to Rome, where the design team is assessing design options. There is a lot of back and forth between the design team and the master craftsmen and women in Bulgari’s atelier. The design team monitors every step of the process, with Silvestri having the final say on each piece.

Finally, the magnificent piece is ready and the film cuts to the 78th Venice Film Festival in 2021, where actress Zendaya gets to wear the Serpenti Hypnotic on its maiden outing — thus ends the year-long journey of this awe-inspiring necklace. Four other accomplished women feature in the documentary — Chiara Ferragni, Priyanka Chopra Jonas, Lily Aldridge and Lalisa aka Lisa — all of whom are seen choosing jewels for key red-carpet moments.

Inside the Dream is one-of-a-kind film, which is a must-watch for all jewellery aficionados the world over. Along with tracing the journey of Silvestri, who is on the lookout for the perfect gem, it also captures the essence of being a jewellery designer, and what it takes to create one magnificent piece of jewellery after another. Go, watch it.