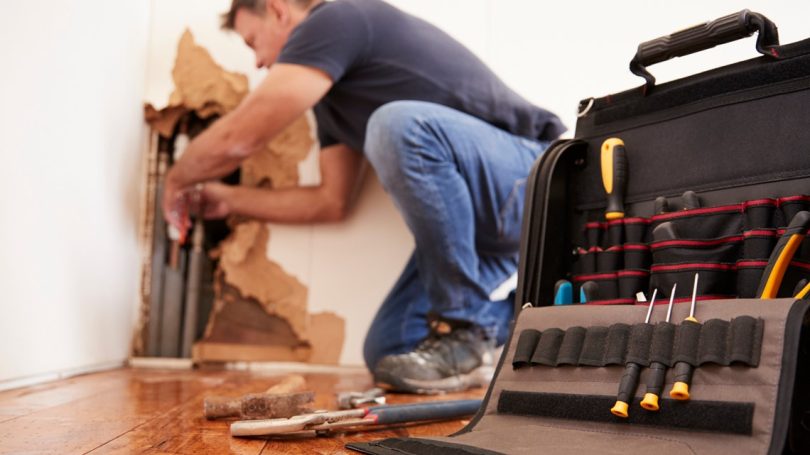 The first thing you want to do is shut off the water to your house. Then take pictures to document the issue.

GREENSBORO, N.C. — When pipes burst on the road, the clean-up looks like detours and road closures, but when it happens in your house it often includes having drywall cut out and the pipe replaced.

It’s not a quick fix and it can be costly. The good news, pipes bursting due to freezing are a covered peril by insurance.

“You would expect your claim to be paid, minus your deductible, it could be $500. Expect your company to pay damages after you paid the $500 or $1,000 deductible, and I even have some clients with a $5,000 deductible,” said Christopher Cook of Alliance Insurance Services.

When you have a burst pipe inside your house, you could have water in a room you don’t expect, like a bedroom.

YOUR PIPES BURST, NOW WHAT?

First, you want to stop the damage. Shut off the water to the house.

Next, take pictures of the damage.

Start the clean-up and drying process.

Call a professional, most likely a plumber.

We’ve heard from folks that their pipes burst after they were without power this weekend. There have been calls for Duke Energy to be paying their bills to fix their pipes since customers say they got no warning about the outages or because it lasted hours longer than it should have.
Cook says while he understands the frustration, a payout from duke is probably not going to happen.

“It stinks and it’s not good. But Duke is under a very good understanding of the laws and what they can and can’t do,” said Cook.

Duke energy assures me NC is in the clear now. I’m deeply concerned about people who lost power and who didn’t get a notice about rotating outages. Grateful for those who conserved energy. I’ve asked duke for a complete report on what went wrong and for changes to be made.