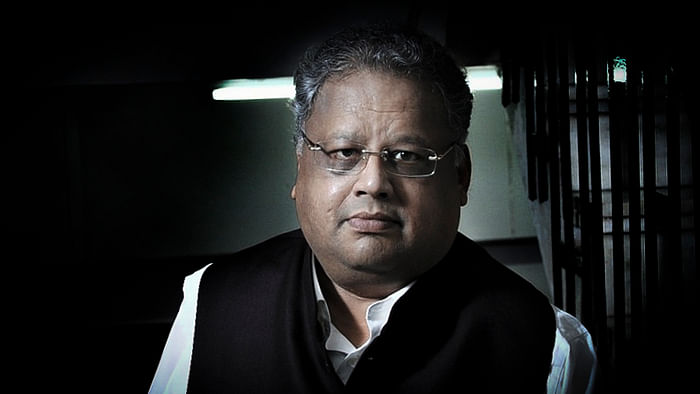 Rakesh Jhunjhunwala’s understanding of businesses and conviction was of a different class, says Prashant Jain, who recently stepped down as the chief investment officer of HDFC Mutual Fund.

The billionaire investor, also known as the Big Bull of Dalal Street, passed away at the age of 62 in Mumbai on Sunday.

“I used to meet him once in a while and our interactions would largely be around outlook for India, economy and markets,” Jain tells Fortune India.

Jain believes Jhunjhunwala’s extremely high conviction also reflected in his portfolio. Jhunjhunwala, who began his tryst with equities in 1985, first bought into Titan Company (formerly Titan Industries) in 2002 at ₹3 and continued to hold on to the stock. As of June 2022, his position of 4.48 crore shares, in the watch-to-jewellery maker, was worth over ₹11,000 crore, based on the last traded price of ₹2,471.95 (face value ₹1).

Jain believes Jhunjhunwala’s ability to ride through his conviction is unparalleled, which was reflected in the case of Titan. “His long-term thinking, superior understanding and conviction especially on his core investments is evident by the handling of his portfolio during Covid and lockdown,” says Jain.

In fact, way back in 2003, during an investor conference held by capitalideasonline.com, Jhunjhunwala had articulated his investment thesis for Titan by stating that India would grow at 7-8% and, hence, demand for FMCG and consumer durables would go through the roof. His belief was that Titan, which then held 55-60% of India’s organised watch market, would see an explosion in growth of its jewellery business.

Even though Titan continues to be one of the most expensive consumer stocks — at over 60 times one-year forward PE — that never deterred Jhunjhunwala from doubling down on his position. Since 2003, there were occasions when he increased his holding. Though he periodically pared his stake, he firmly backed the management even when the business went through difficult cycles.

Jain, who has usually been wary of consumer stocks given their exorbitant valuations, has no qualms in admitting that Jhunjhunwala has proved him wrong. “To stay invested in expensive stocks especially in a difficult and volatile environment is possible only with deep understanding and high conviction,” says Jain in all modesty.

While Jain during his stint as a fund manager had high conviction in stocks of public sector undertakings (PSUs), Jhunjhunwala was not a great fan of PSUs. But he changed tack over the past one year. Jhunjhunwala, as of June 2022, held 1.96% in the state-run Canara Bank, the country’s third largest nationalised bank. He had first invested in the bank through a qualified institutional placement (QIP) last year. Canara had done a QIP of 16.74 crore shares to qualified institutional buyers at ₹149.35 a share, of which it had allotted 2.885 crore shares (17% of the QIP) to Jhunjhunwala for a cumulative ₹431 crore. Post allotment, Jhunjhunwala held a 1.59% stake.

“While he had clear and strong views, he was nevertheless open to new ideas and to change, both of which are hallmarks of great investors,” remarks Jain.