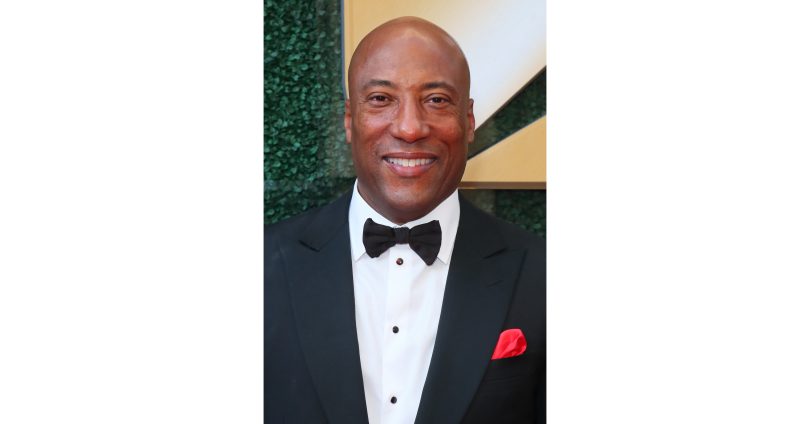 LOS ANGELES, Sept. 20, 2022 /PRNewswire/ — Byron Allen’s Allen Media Group (AMG) divisions Entertainment Studios Networks, Inc. (“Entertainment Studios”) and Weather Group, LLC (“Weather Group”) won a significant legal victory in federal court on Friday, September 16, 2022. The AMG lawsuit initially filed on May 20, 2021 against McDonald’s Corporation (“McDonald’s”) seeks $10 billion in damages for racial discrimination. According to the lawsuit, McDonald’s intentionally discriminated against AMG divisions Entertainment Studios and Weather Group through a pattern of racial stereotyping and refusals to contract in violation of the Civil Rights Act of 1866, 42 U.S.C. § 1981, and the California Aruh Civil Rights Act, Cal. Civil Code § 51.5. On Friday, September 16, 2022, defendant McDonald’s was denied a Motion to Dismiss by Judge Fernando M. Olguin of the United States District Court for the Central District of California. The case will now proceed to trial before a jury in May 2023.

The lawsuit (case number 2:21-cv-04972-FMO-MAA Entertainment Studios Networks, Inc. et al v. McDonald’s USA, LLC) alleges that McDonald’s refusal to contract is the result of racial stereotyping through McDonald’s tiered advertising structure that differentiates on the basis of race. The primary advertising tier for McDonald’s is referred to as “general market” and it constitutes the vast majority of McDonald’s advertising budget. McDonald’s, however, created a separate “African American” tier with a much smaller budget and less-favorable pricing and other terms. McDonald’s contracts with a separate ad agency, Burrell Communications, for this African American tier, thereby creating separate and unequal tracks for Black-owned media companies to earn advertising revenue. McDonald’s has created a discriminatory environment that is separate but not equal.

Numerous key points from the court ruling (see attached PDF) that are favorable to the AMG/Entertainment Studios/Weather Group position include, on page 11 of its opinion, the court recognized that racist comments by senior executives—even if not directed to the plaintiff—can evidence racial bias to support a racial discrimination claim under Section 1981. The lawsuit alleges that senior McDonald’s executives, including its current CEO, made racially derogatory comments that evidence a culture of racial hostility within the company.

“This is about economic inclusion of African American-owned businesses in the U.S. economy. McDonald’s takes billions from African American consumers and gives almost nothing back. The biggest trade deficit in America is the trade deficit between White corporate America and Black America, and McDonald’s is guilty of perpetuating this disparity. The economic exclusion must stop immediately,” said Byron Allen, Founder/Chairman/CEO of Allen Media Group. “McDonald’s CEO Chris Kempczinski got caught sending racist text messages and McDonald’s has been sued by the Black franchisees, the Black executives, the Black employees, the Black vendors, and 52 percent of the McDonald’s stockholders recently voted to hire a third-party firm to investigate McDonald’s for civil rights violations. This is historic!!! The overt and systemic racism at McDonald’s is undeniable and indefensible. McDonald’s CEO Chris Kempczinski, McDonald’s Chief Marketing Officer Morgan Flatley, and the Board of Directors must be fired.”

“As alleged in our complaint, McDonald’s has engaged in pernicious racial discrimination in violation of federal and state law,” said counsel for Mr. Allen and his companies, David Schecter and Skip Miller, partners in Miller Barondess, LLP.  “We are confident the jury will recognize the injustice that has occurred here and will award significant damages. We are looking forward to our day in court.”