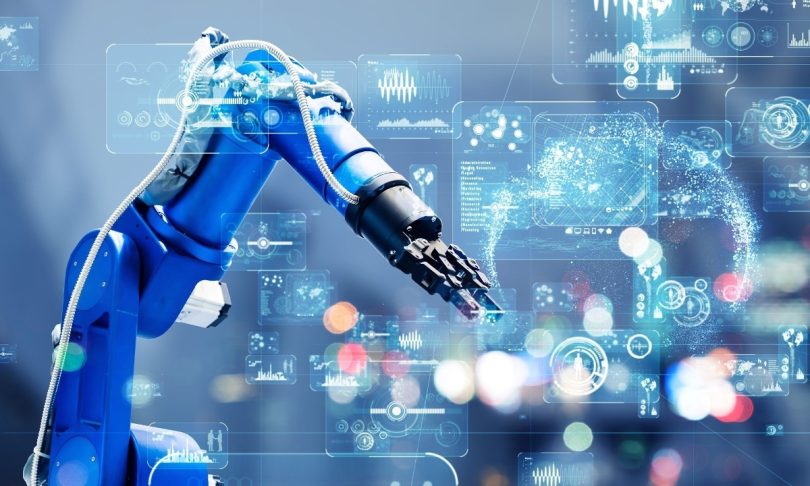 Instead of investing to keep legacy businesses afloat, some in the high-tech manufacturing space want the federal government to bolster funding for smaller-scale companies to keep the sector internationally competitive.

Prior to this year’s federal election, Labor promised $1 billion in funding for future technologies, such as AI, through the critical technologies fund. Still, details have been light on the specifics of the proposed spending, with public consultation on the 2022 list of critical technologies in the national interest closing in early October.

The government’s critical technology profile says AI influences all sectors of the economy, including manufacturing, and it estimates AI’s impact on Australia’s economic prosperity is high.

Sentient Vision’s visual detection and ranging (ViDAR) search and surveillance pods are the world’s first optical radar system. The pods are fitted to aircraft and can detect small objects on the ocean’s surface that are invisible to the naked eye.

The pods are being used by the Royal Australian Navy and the US Coast Guard during search and rescue operations, to detect illegal fishing and for maritime security activities.

The company has developed AI surveillance systems for the past 20 years, but for the first time, it will now be able to manufacture the ViDAR pods locally at an increased volume to meet growing demand.

“We were a computer software company and we’ve done software for many years but we relied on other companies to manufacture most of our stuff, primarily US and European companies,” Palmer said.

“That limited us a lot in terms of new designs, so we had a roadmap to bring the whole system in-house.”

Once their manufacturing facility is in operation, Sentient Vision will use AI during the computer modelling and design of their products. Palmer said this is a “cost-effective” way of testing their pods before any physical work begins.

He said the federal government should be investing more money to encourage smaller companies to investigate these types of benefits that stem from AI in manufacturing operations.

“In Australia, when we manufacture things, we’re generally doing it in smaller amounts because our markets are smaller here,” he said.

“If we want to build those companies up to be able to manufacture here rather than utilising manufacturing capabilities overseas, then we have to sponsor small base manufacturing and the best way to do that is with AI.”

In August, the federal Productivity Commission’s latest five-yearly interim report found that Australian companies were some of the least likely to use AI globally.

Australia’s Data and Digital Dividend report found just 3 per cent of Australian companies were using AI, compared to Denmark and Finland, where the rate is about 10 per cent.

Nukon, a national digital consulting company with an office at Tonsley, helps manufacturers improve productivity by implementing AI into their processes, which principal consultant Ben Caldwell said can help combat systemic issues such as skills shortages and high labour costs.

That frees up workers who normally undertake time-consuming and repetitive tasks and allows them to do other jobs. However, he said smaller companies struggle to pull together funds to explore how AI can benefit their business.

“The first AI or machine learning project for a business is the most difficult one, but the gains from it will tend to fund the next one,” Caldwell said.

“It’s like spinning up a large flywheel but what we see is the larger companies can afford to start spinning that flywheel but the small ones struggle with the budget and the resourcing to get started with AI.”

He said that targeted funding to help start-ups and small to medium-sized companies explore AI would improve that competitive disadvantage.

“I’ve seen in recent years that more is happening in the start-up space… and I think it’s an important space for solving these problems.

“I think problems like applying AI to business tend to work best when you’re not trying to boil the ocean; you’re focusing on a thin slice of a domain, like a well-known problem with data that’s been gathered from people solving it manually for years.

“A start-up will be trying to address that small problem and doing it for many people which is really important.”

Media diversity is under threat in Australia – nowhere more so than in South Australia. The state needs more than one voice to guide it forward and you can help with a donation of any size to InDaily. Your contribution goes directly to helping our journalists uncover the facts. Please click below to help InDaily continue to uncover the facts.