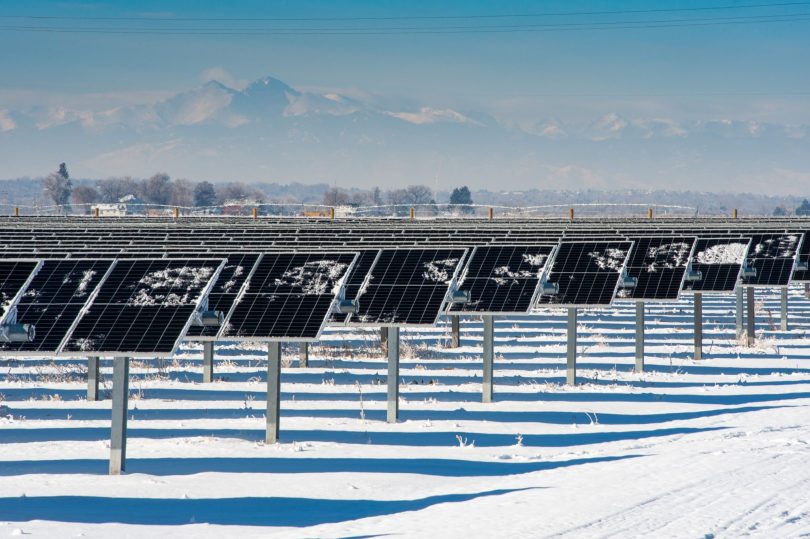 Bringing community choice electricity to Colorado — which enables municipalities and counties served by investor-owned utilities to opt out and buy their own power for residents — is long on risks and shorter on benefits, according to a report by the state Public Utilities Commission.

The commission was directed by the legislature to investigate the option of allowing community choice electricity — currently allowed in 10 states — and to report back by Dec. 15.

Under a CCE arrangement municipalities and counties, individually or in groups, can pay an exit fee and leave their typically long-term franchise agreements with the investor-owned utility and buy their own electricity on the wholesale market or under contract with independent or “merchant” power companies.

They still depend upon and pay for access to the transmission systems operated by the investor-owned utility.

In other states CCE programs have been used as a tool to promote a quicker transition to clean energy and in some cases have lowered residential electricity costs 15% to 20%, according to the U.S. Environmental Protection Agency.

The PUC report will serve as a guide for potential enabling legislation to be filed this coming session, according to Rep. Andrew Boesenecker, a Fort Collins Democrat who co-sponsored the bill calling for the study.

“The next thing we look at is enabling legislation to move the process along,” Boesenecker said. “A lot of conversations have to happen before then.

“The challenges as I read through the report really have to do with the implementation side and those are fair questions to ask,” Boesenecker said. “The PUC process is a good starting point.”

A Senate co-sponsor also must be found, Boesenecker said.

PUC spends just about twice as much space in the report outlining the risks and drawbacks of community choice, or CCE, as it does in describing the benefits, which include local control and a possible faster move to clean energy.

“The report generally finds that while there are many benefits of enabling CCE, there’s also significant costs, risks and uncertainties that suggest a cautionary approach may be appropriate,” Seina Soufiani, a PUC staff engineer, said in presenting the report for commission approval in late November.

“It is a wolf in sheep’s clothing and hides the dangers of what a few see as a solution but is really trying to solve a diminishing problem,” Xcel Energy, said in a PUC filing, pointing out it is quickly adding renewable generation.

The report includes some of the concerns voiced by Xcel Energy and Black Hills, as well as ones by the state Office of Utility Consumer Advocate about the possible risk of higher bills under CCE and its impact on low-income customers.

“Maybe they put more emphasis into the risk than benefits,” said Larry Miloshevich, an independent CCE advocate who participated in the PUC docket. “It is likely the reader would take away the impression that the benefits are possible but drawbacks are likely.”

The first CCE program went into operation in Massachusetts in 1999. There are now 150 CCE programs in the state, including one in Boston.

The approach became high profile when California adopted a law enabling CCE and the first program — MCE — started in Marin County in 2010. It now serves 1 million customers across four Northern California counties, according to the company.

MCE customers have the option of getting 60% of their electricity from green sources or for a premium getting 100% of their energy from renewables.

By 2021, about 7 million customers received their electricity through community choice programs, about 4% of all customers in the country, with 4.4 million accounts in California and 1.1 million in Illinois, according to renewable energy consultant Clean Kilowatts.

The PUC report found that CCE could enable communities to tailor energy resiliency and energy generation programs, such as an emphasis on renewables, to their needs and goals.

This in turn could help meet Colorado’s goal of reducing greenhouse gas emissions and also reduce the generation demands on Xcel and Black Hills Energy.

However, the proliferation of CCE plans, with communities getting power from a range of merchant energy companies could make planning for adequate generation difficult, the report said, and lead to “increased complication and uncertainty that could slow the state’s ability to deploy renewable energy and reduce greenhouse gas emissions.”

The states that have CCE programs also have wholesale electricity markets where bulk electricity is bought and sold daily, usually automatically through computerized sales.

Colorado does not yet have such a market, but by 2030, the major utilities in the state will be required to join an organized wholesale market under a bill passed in 2021.

“It is not clear how a CCE model could be successfully implemented and function prior to the implementation of an effective, transparent, and liquid wholesale market in Colorado,” the report said.

This, Miloshevich said, was an example of the PUC’s overly cautious approach. “It would definitely be better in a whole number of respects if there was a wholesale market, but Colorado has 29 municipal utilities who procure electricity successfully through bilateral contracts with a merchant power company.”

Miloshevich said that to pass CCE enabling legislation and for the PUC to draw up rules could take two to three years and then it could take another year for a community to develop a plan and get PUC approval, bringing it all closer to the time when Colorado has a wholesale market.

“A lot of the uncertainty will work itself out over time,” Miloshevich said.

Much of that uncertainty comes from not knowing how key components, such as exit fees paid to the investor-owned utilities by CCE communities will be calculated and how opt-out provisions for customers who want to stay with the traditional utility are framed.

“There was caution on the part of the PUC,” said former Rep. Edie Hooton, a Boulder Democrat and the chief sponsor the CCE study bill. Boulder spent a decade trying to end its franchise agreement with Xcel Energy to create a municipal utility and fight climate change.  “Those concerns are valuable because it makes for better legislation.”

“The report is a pretty good template for enabling legislation,” Hooton said.