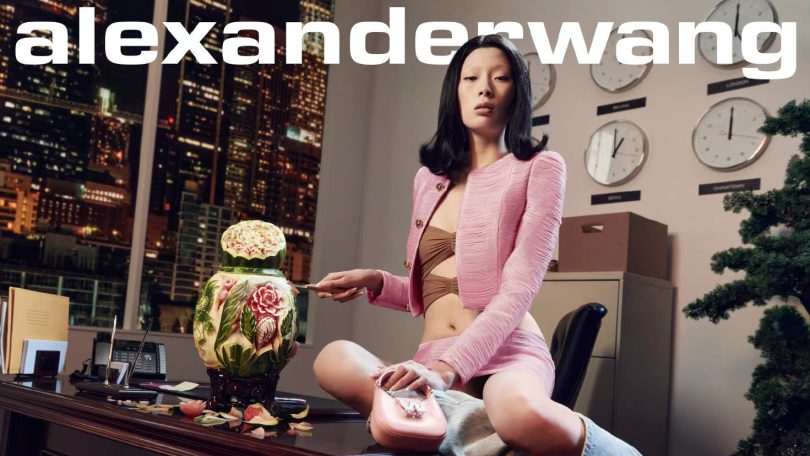 What Happened: American-born Chinese designer Alexander Wang has announced minority investment for his previously family-owned brand. The label, founded in 2005, came to prominence three years later when it was awarded the CFDA/Vogue Fashion Fund. Reportedly in the pipeline since before the pandemic, the undisclosed amount has finally come through from China-based entities: Challenjers Capital and Youngor Group. Challenjers is a multi-stage venture capital firm targeting consumer and TMT sectors; Youngor Group is a public textiles and clothing enterprise in Ningbo, Zhejiang, established in 1993 and listed on the Shanghai Stock Exchange since 1998. According to the designer, the backing is expected to help the business double its annual revenue of $200 million (1.4 billion RMB) within the next five years.

The Jing Take: This financial deal comes in the aftermath of a number of sexual misconduct allegations for Wang but chimes with a renewed focus on cracking the Chinese market. And so far, it’s working: on the whole, the scandal appears to have gone relatively under the radar among mainlanders. A recent campaign tapping the auntie style as embodied by Liang Xiaoqing went viral while a show in New York’s Chinatown with a matured aesthetic showed a considered increase in the importance of Chinese culture, diaspora, and of course, consumers.

In August 2021, the company opened new flagship stores in Beijing Yintai Center (currently one of its largest) and Shenzhen Bay MixC City, taking the total footprint to 13 across nine cities. This new venture is another endorsement from citizens for the luxury name that’s seeking (and winning) fans (and sales) domestically. After all, what could be more effective on the home turf than attracting Chinese backers, especially in today’s volatile landscape?

However, they may all have different expectations: while Challenjers’ investment portfolio includes the inventive beverage outfit Genki Forest 元气森林, Wang, as an American-Chinese luxury line, is a very different proposition. Local investors have yet to successfully roll out the next household name, and neither of these two has shown any luxury acumen — at home or abroad. There are pros and cons here but depending on exactly how “minority” the stake is, unforeseen issues are likely. Wang is the golden ticket in China for now and his cool, distinctly Chinese appeal should make him bankable. But his reputation precedes him. Who knows when fickle netizens might turn?

The Jing Take reports on a piece of the leading news and presents our editorial team’s analysis of the key implications for the luxury industry. In the recurring column, we analyze everything from product drops and mergers to heated debate sprouting on Chinese social media.