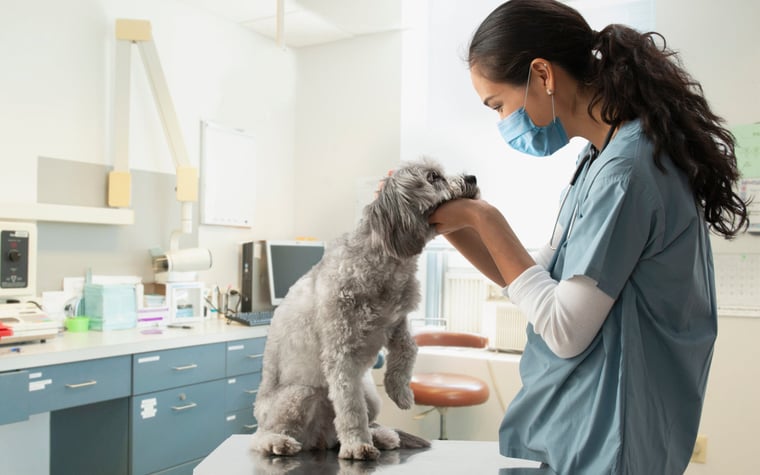 Anyone who has ever taken a companion animal to the vet knows that an unexpected illness or injury can give an owner’s credit cards a workout. That’s why pet insurance is typically a recommended purchase.

Pet insurance can cover the costs of care a furry family member needs, so owners don’t have to struggle to find the money to pay when there’s a problem.

Of course, the premiums can come at a cost, so some owners may be wondering if it’s possible to wait to buy insurance until after a pet gets sick. Here’s what owners need to know about that option.

Waiting to buy pet insurance could be a huge mistake

It might seem tempting for owners to try to save on premiums and quickly sign up for pet insurance coverage only after an animal has shown signs of an illness or has been diagnosed.

The problem with this, however, is that no pet insurance policy will cover a pre-existing condition — and many policies have a waiting period between the time when coverage is purchased and the time when the policy kicks in.

This means if an owner takes a dog to a vet and the animal is diagnosed with diabetes, for example, the owner can’t then go out and buy coverage for the dog that will cover diabetes. Diabetes would be excluded from coverage. Or if an owner suspects their dog has allergies, the owner can’t get coverage today that will pay for a diagnosis and treatment of allergies tomorrow.

What’s worse, many pet insurance policies define pre-existing conditions fairly broadly. If that’s the case with a policy an owner chooses, lots of different ailments may be excluded from coverage if the policy wasn’t purchased until after a problem happened.

For example, if a dog has an upset tummy that goes into the medical records and the owner buys a pet insurance policy a short time later, it’s possible that any future gastrointestinal issues would be considered pre-existing and wouldn’t be covered.

Pet owners who don’t get insurance before an animal gets sick may still be able to buy an insurance policy to cover other things — although it depends on the insurer and the nature of the pre-existing condition. But as soon as a medical problem happens before coverage is bought, the insurer will likely disclaim responsibility for related issues for life.

To avoid the risk of a pet insurance policy excluding many health issues, pet owners should buy insurance as soon as they can while their pet is as healthy as possible. It’s well worth getting signed up for coverage before there is an issue, so that owners will have the peace of mind of knowing money is there to care for their companion animal in a time of need.