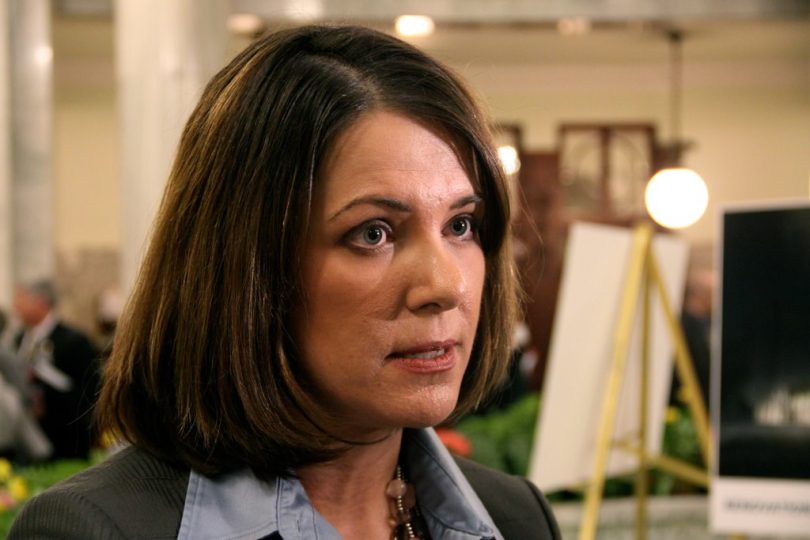 Canada’s oil industry has never shown much of a talent for reading the room, but it took its political tone-deafness to new depths this week. With parts of Europe literally ablaze and the United Kingdom having faced the hottest temperatures it’s ever seen, our oil industry’s leaders decided it would be a good time to explain why they can’t afford to reduce their emissions as quickly as the federal government would like — and might not be able to do it at all.

On Tuesday, Environment and Climate Change Minister Stephen Guilbeault announced his government would consult with the industry, along with other key stakeholders, in advance of deciding how to implement its overdue oil and gas emission cap.

The consultations will revolve around two options: a cap-and-trade system that sets a ceiling on emissions from the oil and gas industry and then continually lowers it, or an industry-specific carbon price that drives them down at a similarly brisk pace. Unfortunately for the industry and its proxies, the magic beans and empty promises option they would clearly prefer to use is not on the table.

Get top stories in your inbox.

Our award-winning journalists bring you the news that impacts you, Canada, and the world. Don’t miss out.

The Alberta government responded with its usual brand of bravado. Energy Minister Sonya Savage and Environment Minister Whitney Issik released a joint statement reiterating the province’s constitutional rights and refusal to allow any encroachment on them by Ottawa, and said: “Alberta has always taken responsible energy development seriously and that’s why we’ve been taking action on climate change for more than two decades.”

Most of said action was taken by their NDP predecessors, of course, and the UCP either repealed or watered down most of it when they came into office. On the plus side, at least they’ve evolved to the point where they’re pretending to support climate regulations and policy.

Reaction from the two front-runners for Jason Kenney’s job was even more removed from reality. Brian Jean, the UCP MLA for Fort McMurray, tweeted: “A mandated production cut is unacceptable. And Liberal consultations are fake consultations.” As has been the case for the entire leadership race, former Wildrose leader Danielle Smith did him one crazier, tweeting, “Justin Trudeau wants to decimate Alberta’s economy with a nearly 50% cut to oil production. This is another unprovoked assault on Albertans.”

But while the overwrought reaction from Alberta’s right-wing politicians was entirely predictable, it’s the response from the comparatively progressive — or, at least, realistic — portions of the oil and gas ecosystem that should raise some eyebrows.

What people are reading

In an interview with the Globe and Mail, Mark Cameron, senior adviser for external relations with the Oil Sands Pathway to Net Zero, essentially admitted Alberta’s large oil companies might not be able to reduce their emissions without cutting production. “Mr. Cameron added that if the government doesn’t ensure the industry has the means of meeting new regulations,” the Globe’s Emma Graney and Marieke Walsh wrote, “then ‘they are in fact going to require production cuts,’ he said.”

In other words: any attempt to meaningfully reduce overall emissions in the near future will expose just how far these companies are from living up to their promises. It’s understandable why they’d want to keep stalling for time, but as far as the climate is concerned, we’re well past the point of having run out of it.

More to the point, it’s not clear that they’d do much with that additional time other than continuing to pump oil and collect the profits from it. Dan Wicklum, the co-chair of Ottawa’s Net-Zero Advisory Body, told the Globe that “a cap is necessary because 30 years of voluntary action from the oil and gas sector has not done enough to reduce emissions.”

He would know better than most, given that he served seven years as the founding CEO of the Canadian Oil Sands Innovation Alliance (COSIA), an organization dedicated to sharing technology and other emissions-reducing ideas.

The time for talking here, in other words, is long past over. If anything, the Liberals have set themselves up here as an ideal target for provincial conservatives looking to gin up anger against Ottawa in the run-up to October’s UCP leadership vote. As pundit and podcaster Scott Reid said on the latest edition of Curse of Politics, “I think they’ve got themselves in close to the worst of all possible worlds, where they’re going to bear all of the political brunt but possibly not get credit for action.”

If Ottawa ever tires of having the carrots it keeps dangling in the industry’s face get swatted away, it can always deploy the stick that other countries have already brandished. The oil companies complaining about the cost of reducing emissions are the same ones making near-record profits and shovelling billions into the pockets of their investors through share buybacks and dividends right now. That’s already driven the U.K. (under a Conservative government no less) to implement an “excess profits” tax on oil companies headquartered there. Key Congressional Democrats have advanced a similar idea in the U.S., one that would pair an excess profit tax with rebate cheques to all Americans.

The prospect of a similar tax in Canada would be seen in Alberta as an unambiguous declaration of political war, one that would further empower and embolden the province’s far-right politicians and personalities. As former PC cabinet minister and “firewall letter” co-author Ted Morton said, “You think separatist sentiment is already on the rise in the West? You ain’t seen nothing yet.”

But when entirely reasonable things like emissions caps and carbon pricing are also seen in that light, never mind the purchase and construction of a major (and majorly expensive) oil pipeline, maybe it’s time to stop letting the tail wag the dog here.