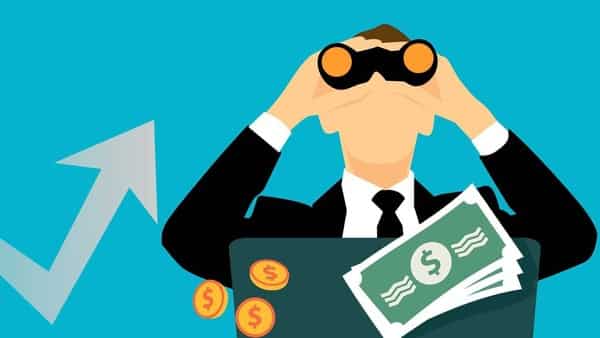 According to the brokerage, significant adoption of digitalisation, an easing of financial sector weaknesses, and the government’s reform agenda to assist India’s entry into global value chains all helped to reduce the danger of lower potential output owing to pandemic-related issues.

However, challenges, such as the need to fill more productive jobs with a growing working-age population, concerns about deglobalisation, and the burden of automation, still exist.

Capital investment (capex), manufacturing and digitalisation, according to UBS Securities India, may be the next major growth drivers. Let’s take a look at each of them.

A turnaround in the investment cycle is necessary to maintain India’s current growth rate as well as to drive the country towards a higher development path.

India’s investment rate reached its highest point of 39.8 percent of GDP in FY11 and has since decreased to 27.3 percent of GDP in FY21. A number of things have contributed to this, including the negative effects of the global financial crisis, the twin balance sheet issue—i.e high corporate sector leverage and high non-performing assets (NPAs) in the banking sector, the subdued domestic capital markets, and, more recently, the pandemic shock. For the purpose of supporting broad-based consumption, an investment growth cycle is essential for generating jobs (both in terms of quality and quantity).

The recent updates to the balance sheets of banks and corporations have, in the opinion of the brokerage, set the stage for a short- to medium-term improvement in India’s investment cycle.

“With a significant clean-up of banks’ books over the past few years, gross non-performing assets (GNPAs) of scheduled commercial banks (SCBs) fell to 5% as of the Sept-22 quarter, compared with the recent peak of 11.6% in FY18. Similarly, the average capital-to-risk weighted-assets ratio (CRAR) of SCBs improved to 16% in Sept-22,” said the brokerage.

Additionally, it thinks that the corporate sectors’ deleveraging bodes well for the availability of balance sheet support to increase private corporate expenditure when and if demand returns.

Along with continuous government efforts to increase public capital expenditures, this should also aid in lagging private investment inflow.

In India, technological enablers have significantly increased over the past ten years, including telecom and smartphone penetration, quick and affordable internet access, technology-enabled credit access, and effective and inclusive payment systems.

The core digital economy serves as a significant provider of value-addition to the non-digital sectors, according to the RBI analysis, because the forward linkages are stronger than the backward connections.

In fact, during the pandemic, the brokerage observed a growing drive to digitise goods and services on the part of both the public and private sectors.

“Leveraging the results of UBS Evidence Lab survey of 3,600 consumers across Network-to-Business (N2B) markets (the next two billion people going digital) in November 2020, we saw that the internet penetration has grown 30-50% in 2020 across categories, accelerated by the pandemic,” said the brokerage.

As a result, the brokerage came to the conclusion that a sizable portion of this penetration gain will probably be sustained. Indeed, as China has shown, given the infrastructure hurdles in these nations, online penetration may eventually surpass that of developed markets.

The brokerage claims that India must concentrate on attracting consistent FDI flows in order to boost the competitiveness of its manufacturing sector and make it a crucial link in the global value chain. FDI and the domestic investment cycle typically have a favourable correlation.

Under the right set of circumstances, the transfer of technical and organisational knowledge that comes along with these flows will assist increase productivity, promote investments, and contribute to India’s progress.

“Notably, the financing mix of net capital flows to India has improved considerably over the past five years, due to the government’s policy reforms and higher FDI flows. Indeed, out of the total capital flow (net) of US $456 billion received during the past five years (FY16-22), about 70% were in stable FDI flows and the rest was in the form of portfolio and debt (including ECBs) flows. This compares with the previous 10 years (FY06-15), when about 70% of the flows were non-stable, non-FDI flows,” said the brokerage.