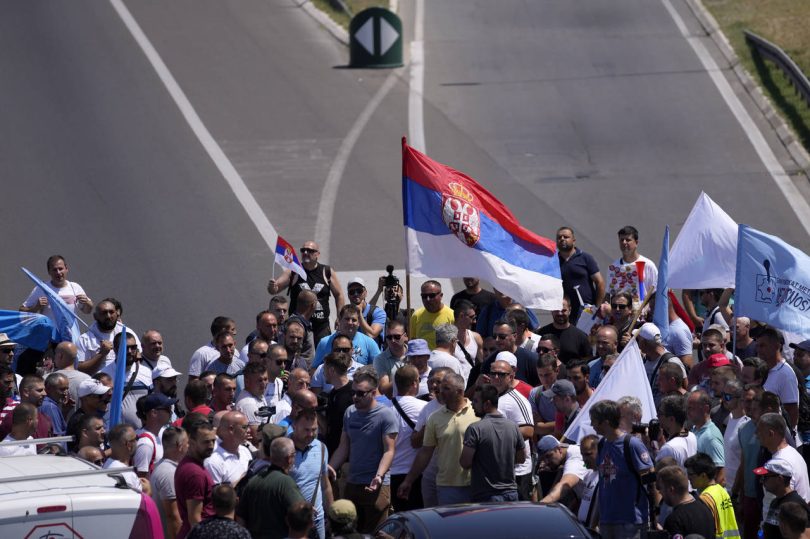 The workers traveled from the central town of Kragujevac, where the plant is located, to Belgrade, saying they wanted better severance deals for employees who are to lose their jobs or get transferred to other factories in Europe.

Fiat Chrysler Automobiles (FCA) Serbia is 33% owned by the government of Serbia. The plant in Kragujevac has employed some 2,000 workers but the company recently announced it will temporarily shut down pending planned production there of electric cars from 2024.

The workers in Serbia have been offered severance and transfers but they said the deal wasn’t good enough, and demanded that the government help negotiate a better one.

The protest on Wednesday snarled traffic in the Serbian capital during a busy part of the day. The blocked motorway leads to one of the bridges over the Sava river connecting two parts of the city.

A workers’ union leader, Zoran Miljkovic said protesters most of all want to “work in our factory.”

“If that is not possible we demand better severance deals or transfer to other companies in Kragujevac,” said Miljkovic. “It is not our fault that we are in this situation.”

Copyright © The Associated Press. All rights reserved. This material may not be published, broadcast, rewritten or redistributed.