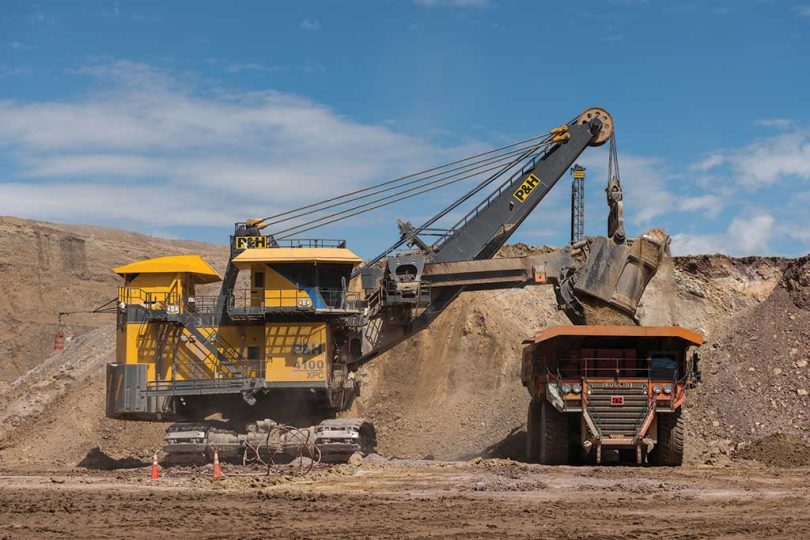 Increasing consumption will outstrip the mining industry’s ability to ramp up supply, resulting in commodity deficits as early as 2024, a new analysis by S&P Global has found.

The report, ‘The big picture: Metals and Mining,’ says that global efforts to decarbonize are driving the rollout of metals-intensive technologies, bringing about near-term challenges in the commodities sector.

On the battery metals side, government incentives and policy mandates will boost sales of passenger plug-in electric vehicles by a 28.1% CAGR (compound annual growth rate) from 2021 through 2026. Battery component supply pipelines will struggle to keep up with such a sharp rise in demand.

“Our assessment of developing lithium assets foretells healthy growth in 2023, but a failure to meet demand expectations as early as 2024,” Mark Ferguson, S&P director, wrote in the report released on Wednesday.

According to Ferguson, cobalt faces similar challenges. Although output is forecast to rise into 2024, mainly from the Democratic Republic of Congo, the metal is forecast to slip into a deficit starting in 2025. Similarly, the anticipated growth in Indonesian primary nickel supply into 2025 will postpone a deficit until 2026, when battery-related demand for nickel is forecast to hit 17.6% of all nickel demand — up from 7.1% in 2021.

S&P expects deteriorating global macroeconomic conditions to persist into early 2023, representing a downside risk to the metals and mining sector as many commodity prices slide and equity markets weakens. Producers will be hit by narrowing margins, while exploration activity will slow amid tighter financing conditions.

According to S&P, lower activity levels in the second half of 2022 and through 2023 will reinforce the metals and mining industry’s importance in the global energy transition.

Supply constraints across commodities deemed critical to the effort are forecast to emerge as early as 2024, with demand expanding markedly on rising EV sales, the shift towards renewable energy technologies, and related transmission and distribution requirements.

As government policies increasingly focus on meeting critical materials requirements through domestic and regional supply chains, the mining sector should see additional support for developing projects in the near-to-medium term. Prices are expected to remain relatively high through 2026 compared with pre-pandemic levels.

Macroeconomic events have dominated commodities markets for most of 2022. With the increasing threat of a global recession, they are likely to weigh on fundamentals again in 2023, says associate analyst Aude Marjolin in the report.

In addition to the challenges of multidecade-high inflation driven by supply chain issues arising from the COVID-19 pandemic, the major economies have been grappling with other concerns that are not expected to ease into 2023.

Electric vehicle production has recently been one of the affected industries, tempering demand for battery metals nickel, cobalt and lithium despite the global push for electrification of the mobility sector.

“Governments have nevertheless been deploying efforts to secure local supply chains for these critical materials through legislation, although the resulting supply and demand trends will not materialize in the short term,” Marjolin notes. “Instead, macroeconomic headwinds from energy inflation, raw material costs and parts shortages are expected to impact auto production and battery metals demand.”

Meanwhile, disrupted property markets have hampered copper and iron ore demand. Real estate data for the U.S. shows a downward trend in new construction and the potential for a general downturn in the housing market. In China, despite various infrastructure grants from the government and a resumption of projects by developer China Evergrande, a lacklustre peak construction season, along with the ongoing zero-Covid-19 policy, is expected to limit any uptick in demand and prices in the first half of 2023.

Despite muted demand in 2023, inflation is expected to pressure the metals markets. “We forecast 2023 prices to average lower than 2022 across the industrial commodities, with a year-over-year drop ranging from 7% for copper to 33% for lithium,” Marjolin wrote.

The analyst also sees muted mergers and acquisitions activity in 2023. “The souring macroeconomic environment and resulting market volatility will likely make for cautious buyers in 2023, although these same factors may expand the pool of assets available for purchase.”

Further, governments have begun implementing sourcing requirements, especially for battery metals, against the geopolitical backdrop of the Russia-Ukraine conflict, which has exposed supply chain issues and dependence on foreign sources of critical minerals. This may spur a different trend in M&A activity, focused on domestic industry consolidation and companies buying out small operations to enter the playing field and capitalize on demand.

Meanwhile, data points to access to capital becoming even more constrained in 2023. S&P principal analyst Kevin Murphy points out financing raised by junior and intermediate explorers totalled US$8.4 billion through August, down significantly from the US$14.6 billion raised in 2021.

“Should this trend continue through the remainder of 2022 and into the first few months of 2023, we expect a 10-20% decrease in the global exploration budget for 2023,” Murphy said.

The decrease will not be felt evenly, however. Gold budgets should decrease more than energy transition metals copper, nickel and lithium.

While S&P sees a bumpy road ahead, the International Energy Agency data shows that to meet the goals of the Paris Agreement, sectors contributing to the green energy transition will be responsible for over 45% of the total copper demand, 61% of the nickel demand, 69% of the cobalt demand, and a staggering 92% of lithium demand by 2040.

Such a dramatic increase from 8-29% at the end of the last decade poses a massive challenge for the market’s supply side.

The IEA predicts that between 2020 and 2040, global demand for all energy transition minerals will need to quadruple from 7.1 million tonnes to 27.4 million tonnes to meet the Paris Agreement goals. Under a more ambitious scenario of reaching net-zero by 2050, demand for all energy transition minerals would increase sixfold to 43.1 million tonnes by 2030 – including lithium, cobalt, nickel, manganese and graphite, which are crucial for widely used high-performance lithium-ion batteries.

S&P estimates that, on average, it takes 17 years to progress a copper mine from discovery to the first production – a timeframe that will most likely increase in the coming years due to mounting project development barriers.

These include historically poor capital allocation and increasingly stringent ESG requirements, according to Wood Mackenzie, which present challenges to the growth of copper mine projects. At the same time, it is currently estimated that the world would require an additional 500,000 tonnes of new copper supply annually for 20 years. This is roughly equivalent to building a new Escondida – the world’s largest copper mine – every two years. By 2030, electric vehicles alone will require 1.6 million tonnes of copper, according to the IEA.

Meanwhile, signs are apparent that copper supplies are getting thin. At present, visible exchange inventories, including Shanghai bonded copper stocks, have recently slumped to the lowest level on record as of the end of October. Inventories are down by nearly 50% from a year ago and currently stand at less than a third of the average level observed in the preceding five years.

Imported copper cathode premiums to China hit all-time highs last month. Year-to-date copper mine production in Chile, the world’s largest producer, is down by 7% year-on-year – on track for its fourth consecutive year of contraction.