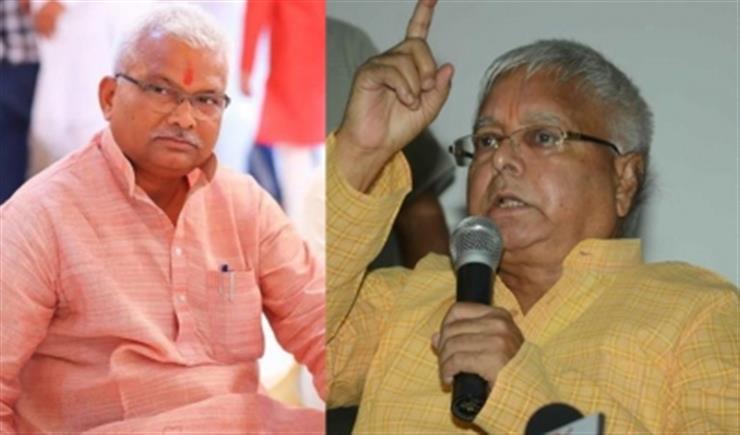 NEW DELHI: The Central Bureau of Investigation (CBI) on Wednesday made its second arrest in connection with the Land-for-Job scam involving former Railway Minister Lalu Prasad.

The accused was identified as Hridayanand Chaudhary, a railway employee.

Earlier in the day, the CBI had arrested Bhola Yadav, the then OSD to former former Railway Minister Lalu Prasad Yadav. Bhola was Lalu’s OSD between 2004 to 2009.

Bhola’s role as a kingpin surfaced during the course of investigation. The CBI is also conducting search operations at four locations — two in Patna and two in Darbhanga — belonging to the accused.

Bhola and Chaudhary both will be produced before Rouse Avenue court later in the day. The CBI is likely to seek two week custody of both the accused.

In May, the probe agency had recovered a few incriminating documents from the premises of former Railway Minister Lalu Prasad Yadav and his family members. Sixteen locations were raided by the CBI in May.

According to information, the CBI registered a case against Lalu Prasad, the then union railway minister, his wife Rabri Devi, two daughters and 15 others, including unknown public servants and private persons.

“During the period 2004-2009, Yadav had obtained pecuniary advantages in the form of transfer of landed property in the name of his family members in lieu of appointment of Substitutes in Group “D” Post in different Zones of Railways, ” the official said.

A number of residents of Patna themselves or through their family members sold and gifted their land situated at Patna in favour of the family members of Yadav and a private company controlled by Yadav and his family and they were also involved in transfer of such immovable properties.

“No advertisement or any public notice was issued for such appointment of substitutes in Zonal Railways, yet the appointees who were residents of Patna were appointed as Substitutes in different Zonal Railways located at Mumbai, Jabalpur, Kolkata, Jaipur and Hazipur.

In continuation of this modus operandi, about 1, 05, 292 Sq. feet land, immovable properties situated at Patna were acquired by Yadav and his family members through five sales deeds and two gift deeds, showing the payment made to seller in cash in most of the land transfer, ” the CBI official said.