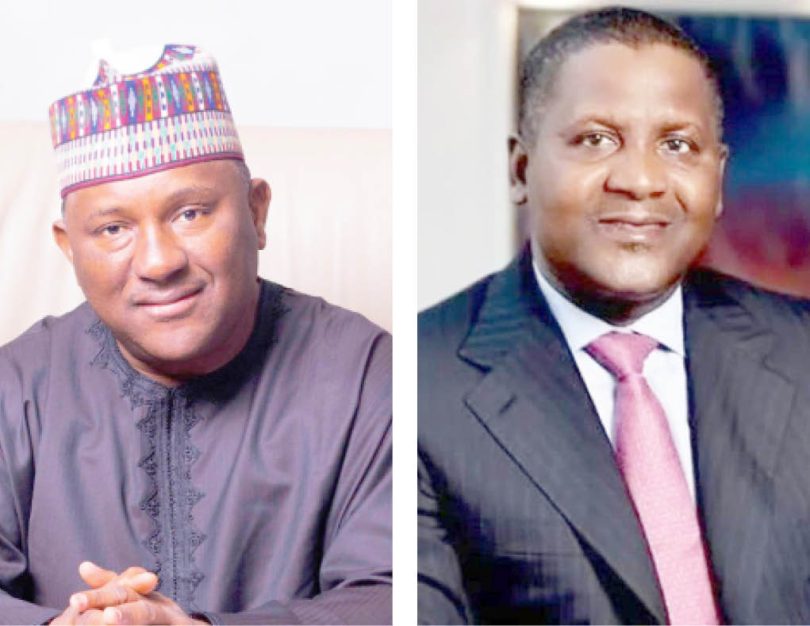 Nigeria’s leading cement counters, Dangote Cement and BUA Cement led the pack of gainers on the stock exchange yesterday, as the All-Share Index jumped by 2.9 percent.

BUA Cement, on its part, gained N7 or 9.72 per cent, to rise to N79 at the end of trading on the Nigerian Exchange Limited.

Other top gainers were NSLTECH, which rose by the daily maximum of 10 per cent to close at N0.22, Cornerstone Insurance Plc, and Prestige Assurance gained 9.1 percent and 8.1 per cent, respectively.

The jump is related to end-of-year seasonal moves by investors who want to take positions on stocks they feel have done well and still have prospects, said Chinenyem Anyanwu, a stockbroker. Such investors know from the stocks’ performances the ones that have direction in terms of results, including the dividend payouts by such companies.

“If a stock paid out one naira this year, then you expect that it will surely pay more than one naira next year,” said Anyanwu, who is the managing director of Dependable Securities, a dealing member of NGX Limited.

“This is November, with one more month to go for the year to end. Even though the results will not come out till March, but positions taken now are valid.

The price at which the buyback will be executed will be determined by the board, but it explained that this would not be more than 5% above the average calculated market price over the five days preceding the offer.

The announcement is part of the reasons the share price rose, Anyanwu said, adding that was in addition to the seasonal moves by investors.