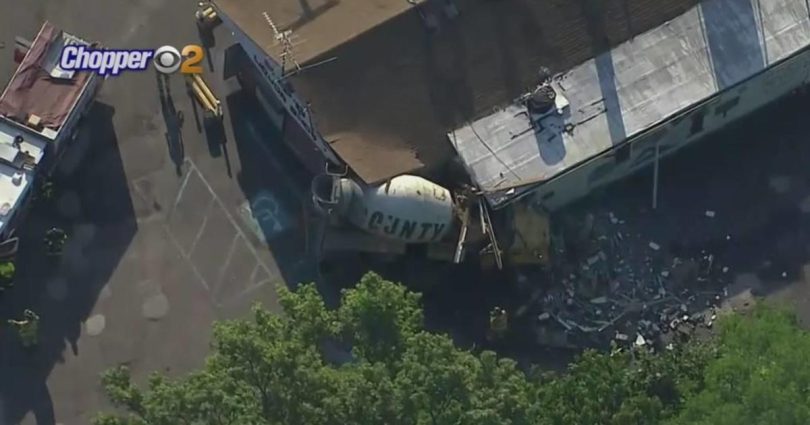 GREEN BROOK, N.J. — A driver was airlifted to the hospital on Thursday after a cement truck crashed into a store in Green Brook, New Jersey.

Chopper 2 was over the scene Thursday morning on Washington Avenue.

Police said the truck driver was hospitalized in serious condition after the truck ran into a car then the store.

There was no immediate word on what caused the crash.

Traffic was backed up on Route 22 while emergency crews were on the scene.

The CBS New York team is a group of experienced journalists who bring you the content on CBSNewYork.com.