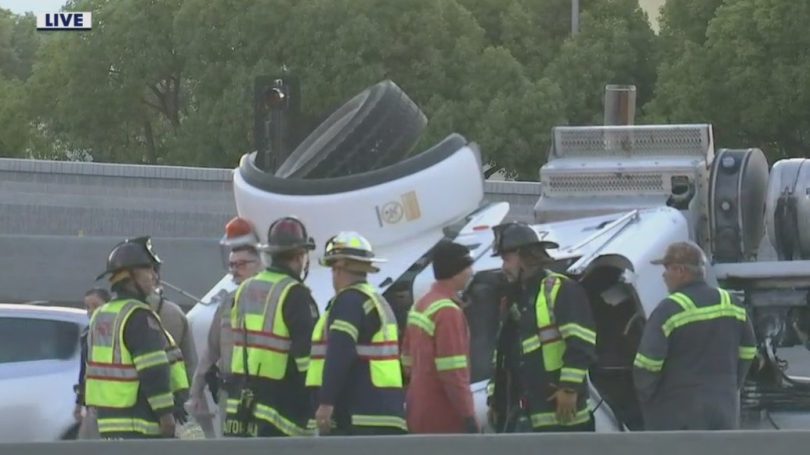 The accident was reported before 6 a.m. at Mathilda Avenue.

Crews had to extricate the driver from the rig who was then taken to the hospital.

At its peak, traffic was backed up almost to the San Jose airport.