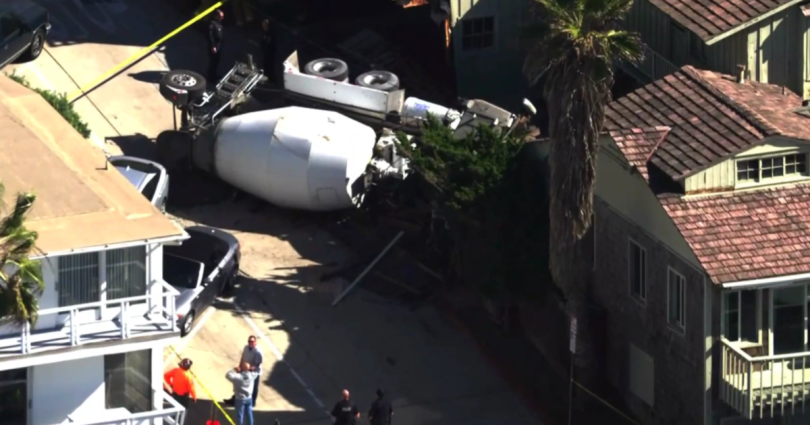 A cement truck slammed into a Manhattan Beach Strand home Wednesday. Nobody was injured in the incident.

According to Manhattan Beach Police Department, the crash occurred at around 11:10 a.m. in the 4200 block of Ocean Drive.

None of the home’s occupants were present at the time of the crash.

The driver was also reportedly deemed unharmed at the scene.

Sky9 flew over the scene, where the truck could be seen lying on its side next to the home, which appeared to have suffered some considerable damage.

It was not immediately clear what caused the crash.

The CBS LA Staff is a group of experienced journalists who bring you the content on CBSLA.com.