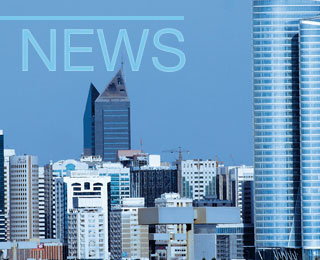 Cementir’s revenues from sales and services reached EUR805.2m (US$821.7m), an increase of 21.2 per cent compared to EUR664.5m in the 1H21. The increase in revenue is mainly due to price increases reflecting higher costs of fuel, electricity, raw materials, transport and services. EBITDA reached EUR154.7m, up 15.9 per cent from EUR133.5m in the 1H21.

During the first six months of 2022, Cementir’s cement and clinker sales volumes amounted to 5.4Mt, dropping by 0.8 per cent compared to the same period of 2021 (5.45Mt). The decline is mainly attributable to the performance of Turkey, China and Denmark. Sales volumes of ready-mixed concrete, equalled 2.38Mm3, a decline of five per cent mainly due to Turkey and, to a lesser extent, Denmark and Norway. In the aggregates sector, sales volumes amounted to 5.48Mt, essentially stable compared to the 1H21 (5.51Mt) with growth in Turkey and Belgium, offset by a decline in Sweden and Denmark.

2Q22 results
In the second quarter of 2022, cement and clinker sales volumes of 3Mt declined by 2.9 per cent compared to the same period in 2021 due to developments in Turkey, China and Denmark.  Ready-mixed concrete sales volumes of 1.3Mm3 decreased by 9.3 per cent due to the performance in Belgium, Turkey, Denmark and Sweden. In the aggregates sector, sales volumes amounted to 2.8Mt, down 5.7 per cent due to the decrease in Sweden and Denmark, while in Belgium they remained more or less stable.

Operating costs increased by 36.4 per cent to EUR381.9m (EUR 280.1m in the 2Q21), due to the increase in purchasing cost of raw materials, fuels and transport as well as other operating costs.