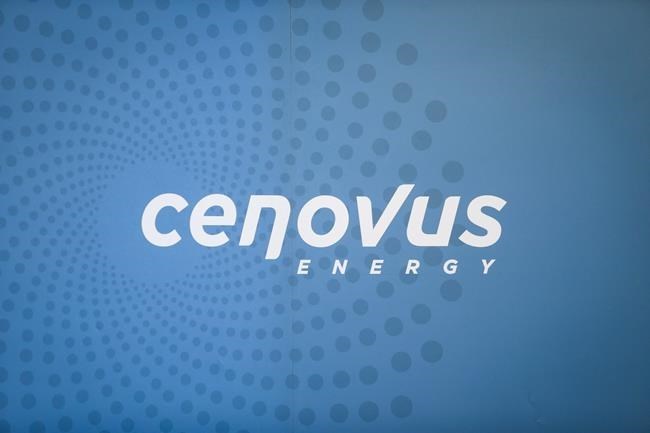 CALGARY — With oil and gas companies under increased scrutiny for how they choose to use their record-breaking profits in 2022, the chief executive of Cenovus Energy Inc.

CALGARY — With oil and gas companies under increased scrutiny for how they choose to use their record-breaking profits in 2022, the chief executive of Cenovus Energy Inc. took aim at critics Wednesday by highlighting the billions of dollars the industry is expected to contribute in taxes and royalties this year.

In a conference call to discuss the company’s third-quarter earnings, Cenovus CEO Alex Pourbaix cited a recent analysis by investment firm Peters & Co. that predicts the oil and gas sector will return approximately $50 billion in the form of royalties and taxes to Canadian federal and provincial governments this year.

“That’s money that pays for health care, education, arts and culture and much more across this country,” Pourbaix said. “To put this in perspective, our sector’s anticipated government contributions this year are equivalent to more than two-thirds of the funding for all of Canada’s hospitals last year.”

Pourbaix’s comments come just days after President Joe Biden accused U.S. oil and gas companies of “war profiteering” and floated the possibility of a “windfall tax” on the sector unless it uses some of its record revenues to help lower fuel prices for American consumers.

Canada’s oil and gas sector is also under fire from critics who say companies should be using more of their hefty profits to invest in decarbonization projects. Federal Environment Minister Steven Guilbeault has said the industry should be putting more money into clean energy projects instead of share buybacks and dividend increases.

The oil and gas industry is enjoying eye-popping profits in 2022 in the wake of Russia’s invasion of Ukraine, which destabilized global energy markets and sent commodity prices soaring.

Revenue for the quarter was $17.47 billion, up from $12.70 billion in the same quarter last year, and the company also declared a variable dividend payment of 11.4 cents per share in addition to its base dividend of 10.5 cents per share.

However, this year’s oil boom comes on the heels of nearly a decade of depressed prices, layoffs and industry consolidation. Those companies that made it through the lean years are choosing in 2022 to spend their excess cash on paying down debt and rewarding shareholders, rather than investing in major capital projects or expansion. Cenovus, for example, has reduced its net debt from $9.6 billion to $5.3 billion since the start of the year.

Cenovus is also a member of the Pathways Alliance, a consortium of oilsands companies that is exploring the possible development of a major carbon capture and storage network in northern Alberta.

Environmentalists have criticized the Pathways group for not moving faster with that project. The Pathways Alliance has said it could spend up to $16.5 billion on that project before 2030, but it has not yet pulled the trigger to go ahead with it.

On Wednesday, Pourbaix said Pathways is still working out the details with the federal government, as well as the government of Alberta.

“We are ready to move forward with more advanced investment decisions about these significant decarbonization projects once governments provide assurance that the necessary policy mechanisms and supports are in place,” he said.

This report by The Canadian Press was first published Nov. 2, 2022.

Companies in this story: (TSX:CVE)