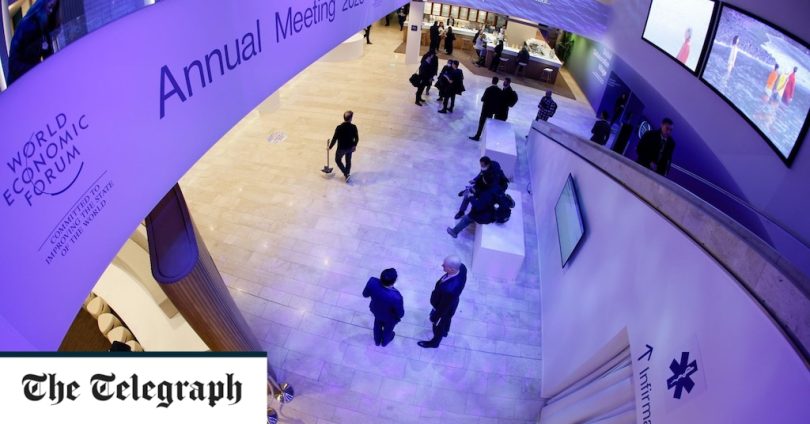 “The Japanese haven’t had an interest rate rise in three decades and nobody is positioned for it,” Prof Rogoff says. “The public debt is 260pc of GDP and half of that is overnight debt.”

The dam has already begun to break. The Bank of Japan (BoJ) lifted its long-standing cap on 10-year bonds from 0.25pc to 0.5pc last month, seemingly a minor tweak but in reality a bombshell for international capital flows. The BoJ has had to spend over $100bn over the last two weeks defending the next line against the market onslaught. The swaps market is already pricing in another jump to 1pc.

A blow-up in the Japanese bond market would be a black swan event. The country is the world’s largest creditor with $3.6 trillion of external net assets. It owns 8pc of France’s public debt. A sudden repatriation of funds would set off contagion through the international system.

Olivier Blanchard, another ex-chief economist at the IMF, has also warned that Japan’s finances are less stable than they look. He fears that the country could spin into a debt spiral and a funding crisis as it comes out of deflation, leaving the Japanese finance ministry in extreme difficulty.

Prof Rogoff’s central premise is that global real interest rates ‘mean-revert’ over time. The more suddenly it happens, the greater the financial trauma. The current edifice of international borrowing and debt contracts is built on the assumption real rates will remain nailed to the floor.

In September we had a foretaste of what can happen when UK gilt yields spiked higher, setting off a self-reinforcing doom loom in a trillion pound segment of the UK pensions industry.

The Bank of England stemmed the crisis with great skill, and made a profit on the bond transactions. However, the episode set off instant global contagion and alarmed officials at the IMF and the Basle-based Financial Stability Board (FSB).

The liability driven investments at the heart of this meltdown were legitimate hedging tools, Prof Rogoff argues, given that pension funds benefit from higher rates. The surprise was the ferocity of the global bond sell-off that set the process in motion.

“Liz Truss got the blame but the underlying cause was Jay Powell’s rate rises in the US, which has pushed up rates for everybody,” he says.

The eurozone has its own intractable pathologies, even if it has weathered Vladimir Putin’s energy war remarkably well. But the delayed effects of monetary tightening are only just starting to bite. The ECB’s anti-inflation hawks are back in charge and determined to push rates into ‘restrictive’ territory as well as launching bond sales (quantitative tightening), a process likely to continue until something breaks.

“The glue that has been holding the eurozone together is the world of zero real interest rates,” Prof Rogoff says. “So long they stayed at zero you could use QE as a transfer subsidy from the North to the South, and it didn’t seem to cost anything. The underlying problem was never resolved.”

The ECB’s bond purchases have been soaking up Italian debt issuance since 2015, shielding the country from market forces. This stopped in June. The ECB cushioned the blow for a few months by skewing the roll-over of its existing portfolio from German Bunds to Italian bonds, but this too has reached its limits.

Markets doubt whether a new ‘anti-spread’ tool (TPI) can be activated in any circumstances short of an emergency. To do so earlier would breach the no-bail clause in the EU treaty law and look all too like fiscal dominance, leading to legal challenges. But Italy is at least a ‘known-known’, and the Meloni government has so far been careful not to provoke trouble.

The global shadow banking system is a ‘known-unknown’, with a pervasive mismatch in maturities. Many borrow on the short-term capital markets to lend long or invest in illiquid assets – more or less the story of Northern Rock or Lehman Brothers before the global financial crisis.

Unlike normal banks, they cannot borrow from the emergency lending window of central banks, and they lack a stable base of savers covered by deposit insurance.

Prof Rogoff says private equity groups have borrowed heavily to play property markets, which are in various degrees of distress. Prices in the $21 trillion market for US commercial property have dropped 13pc from their peak. Average US house prices are falling at a faster pace than during the subprime crisis, though they have not yet fallen nearly as far.

“I think the property market still has a long way to fall. Some of those private equity firms are going to go bust,” he says.

The FSB says the ‘non-bank’ shadow sector today accounts for half of the total $487 trillion of financial assets worldwide. It warns that over $50 trillion of this is “susceptible to runs” if liquidity dries up or there is an external shock.

To borrow Warren Buffet’s famous adage, you only discover who is swimming naked when the tide goes out.