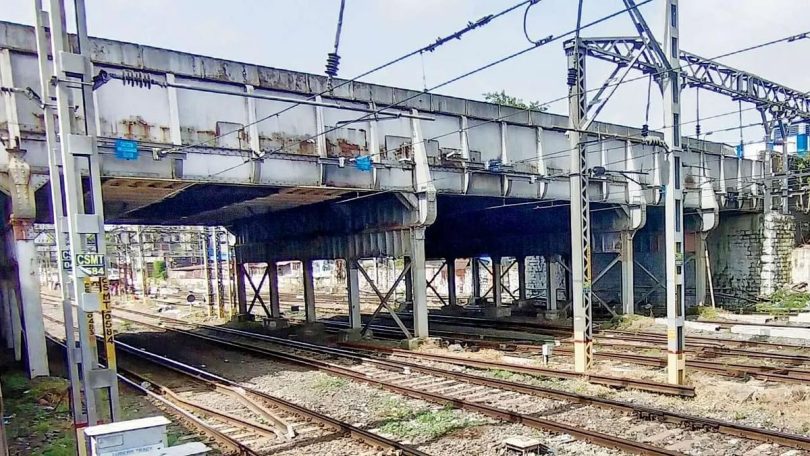 The central railway has planned a 27-hour traffic block between Byculla and CSMT on Sunday for the dismantling of the century-old Carnac bunder road over the bridge. As per the proposal sent to the railway board by the CR, the block will start on Saturday night at around 11 pm and will compete on Sunday night. During the block period, several special local services will be operated from Byculla and Dadar on the mainline and from Wadala on the harbour line.

Confirming the development a senior officer of CR said, “Tentatively we are planning to operate 27 hours block between CSMT and Byculla on coming Sunday, but it block will be operated only after the final nod of the railway board.”

According to a senior railway officer, several long-distance trains connecting to the other railway zones of the Indian railways are being operated from CSMT, hence block will be operated only after a green signal from the railway board.

The demolition work of the Carnac bridge is underway since the last week of August “Concrete and other lighter parts of the bridge are already removed during the proposed block, the entire steel structure will be removed by using cranes.”

The bridge is located between CSMT and Masjid Bunder stations and passes over CR railway tracks.

Heavy vehicles were banned on the bridge, situated between CSMT and Masjid Road stations since November 2013, after its steel structure was corroded. In 2018, IIT-Bombay conducted a safety audit and recommended that the bridge be closed and rebuilt.  The complete closure of the bridge was announced by city traffic police in August 2022, after that demolition work of the bridge was started by the railways.