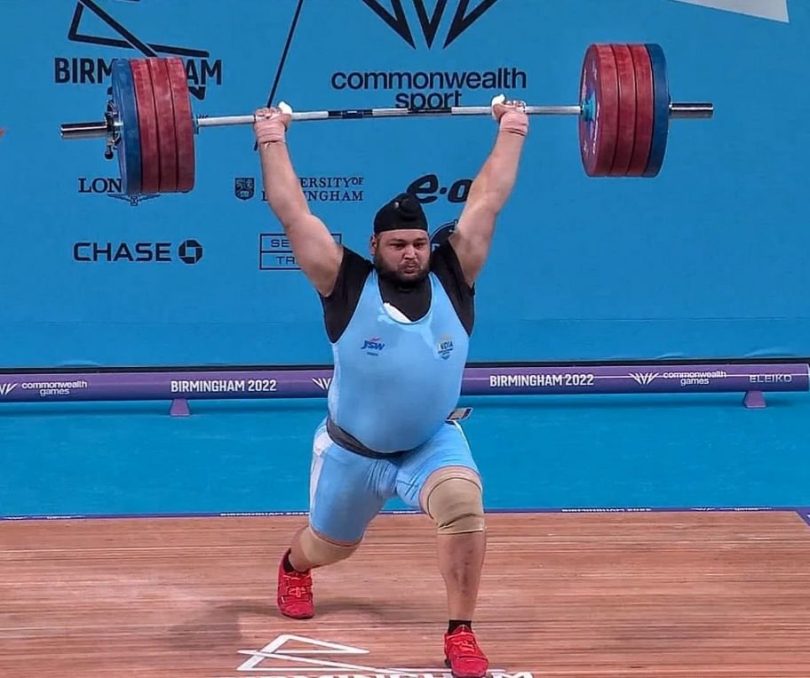 For the preparation of the game, specials leave of 330 days was granted to him by the Central Railway authorities from February 28th 2022 to January 20th 2023.

Reacting to his success, Central Railway officials said it’s a proud movement for the country as well as for railways.

Prime Minister Narendra Modi also praised his efforts. “Hard work and dedication lead to outstanding outcomes…this is what Gurdeep Singh has shown by winning the Bronze medal in weightlifting at the CWG. He has furthered the spirit of joy among our citizens. Congratulations and best wishes to him,” Modi tweeted.

In the Snatch category, he failed to lift 167 kg in his first attempt. In the second attempt, he did it swiftly. In the third and final attempt, he added more weight but was unsuccessful to lift 173 kg. He ended the Snatch round with the best of 167 kg.

In the Clean and Jerk category, Gurdeep gave a sensational performance as he lifted 207 kg in the first attempt. In his third and final attempt, he lifted 223 kg successfully. He finished his performance with a combined total of 390 kg.

“Gurdeep’s colleagues are also very happy with his success. He is a very focused person, even while on duty, he is always careful about his performance,” said a CR official.

As per the CR officials, Gurdeep is likely to visit the CSMT office on the 14th or 15 August. “We have already started the planning of his grand welcome at CSMT,” said another CR official.

Gurdeep is a resident of Mumbai and lives alone. FPJ tried to connect with his family members residing in Patiyala but could not get through.