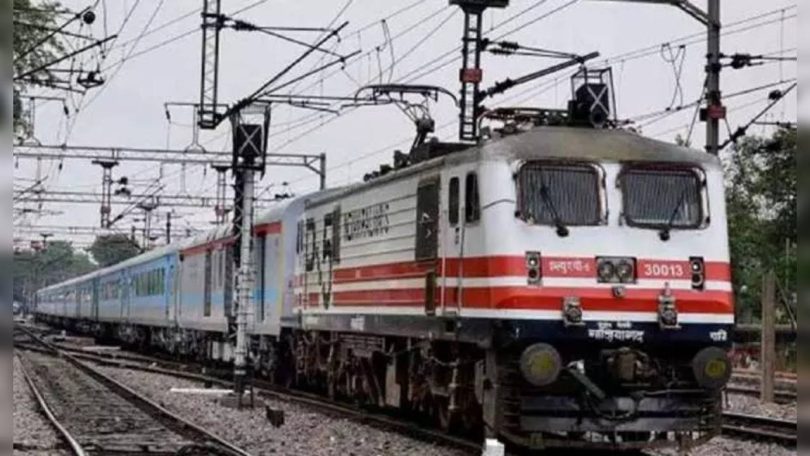 : On its Mumbai suburban network, the Central Railway (CR) has opted to replace its current technique of growing vegetables on the vacant land areas alongside the railway tracks with flowering shrubs and ornamental plants.
When it was discovered that much of the irrigation was being given by drainage water flowing nearby, the practise of growing vegetables alongside the railways in one of India’s most populated metropolitan complexes was criticised.

According to officials, the decision to switch out the vegetable farms for flowerbeds will improve the aesthetics of the railroad line. It is intended to cultivate floriculture on about 150 acres of railway land spread across about 115 places in the Mumbai division.

Green vegetables including spinach, fenugreek, and okra have been grown beside the railroad rails for the past few decades. The railways had granted its personnel permission to conduct farming on a lease there as part of the “Grow More Food” programme in order to prevent the invasion of these open places.

However, when it was discovered that wastewater was frequently utilised for irrigation, concerns were raised.

According to railroad officials, planting flowers next to the tracks will improve the passenger experience on trains and solve the issue of growing vegetables using drainage water.

Snake that was never found stops train for over an hour in Kerala, Forest Department called

According to Shivaji Sutar, the Central Railway’s top public relations officer, it has decided not to renew any more of the current licences for vegetable production on railway property.

“Instead, cultivation of flowers, medicinal herbs and ornamental plants will be permitted on the leased railway land and we have identified around 150 acres of land at around 115 locations in Mumbai division of the Central Railway,” he said.