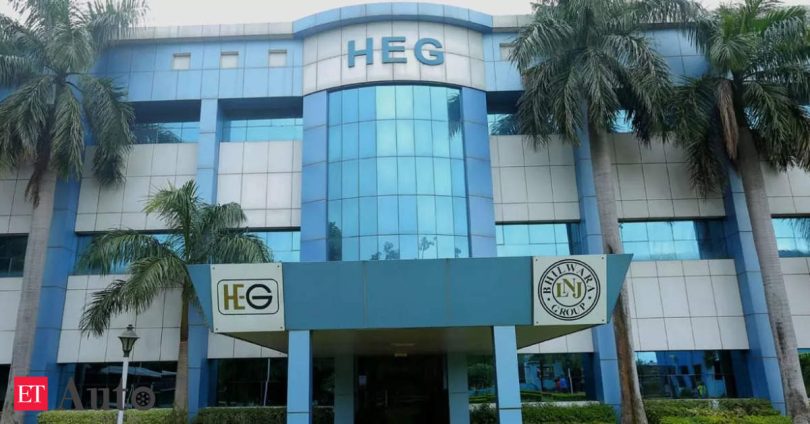 Bhopal: Hindustan Electro Graphites (HEG) on Wednesday said it will become the world’s largest company in graphite production after an investment of Rs 1,200 crore in its existing facility at Mandideep near Bhopal. HEG chairman and managing director Ravi Jhunjhunwala apprised Madhya Pradesh chief minister Shivraj Singh Chouhan that a capital investment of Rs 2,000 crore is proposed in two phases in the state, an official said.

In the first phase, after the expansion of the company’s industrial unit premises in Mandideep for graphite manufacturing with capital investment of Rs 1,200 crore, this unit will be the world’s largest company in the field of graphite production, Jhunjhunwala told Chouhan in a meeting here, the official said.

The first phase of the project is likely to be completed by December 2022.

In the second phase, new investment is being made by the unit in the state for manufacturing graphite anodes. In view of the increasing demand for electric vehicles, the scheme for the new plant has been prepared for the manufacturing of graphite in the state with an investment of Rs 800 crore, Jhunjhunwala said.

For this, setting up of an industry on 100 acres of land near Gwalior or Indore is being considered, he informed.

Chouhan assured Jhunjhunwala of full cooperation by the state government for the expansion project.

Referring to the company’s CSR projects, the HEG chairman informed Chouhan that the Global Development Trust has planted 75 lakh fruit trees in 12 districts of Madhya Pradesh.

Under the Akshaya Patra project, an initiative has been taken to provide food to 30,000 students of 900 schools. Apart from this “Apna Ghar Ashram” is also operated to help the poor people.