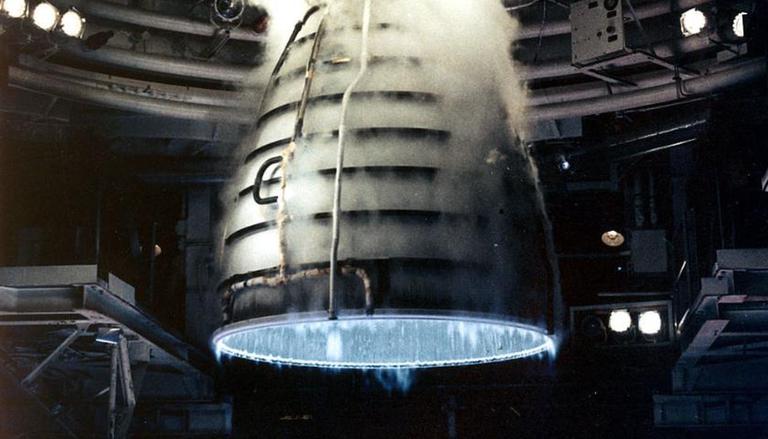 China’s space authorities have claimed that their new rocket engines meant to take Beijing to the Moon are twice as powerful as the engines being used by NASA for Artemis 1. A report by the South China Morning Post (SCMP) revealed that the engines were tested by the China Aerospace Science and Technology Corporation (CASC) on September 6 and pose a competition to the RL-10 engines.

Notably, the RL-10 engine is designed to power the upper stage, the Interim Cryogenic Propulsion Stage (ICPS), of NASA’s Space Launch System (SLS rocket) after launch. This ICPS is what would provide the Orion spacecraft a final push to send it into a lunar trajectory. The main engines of the rocket, and the most powerful ones, are actually the four RS-25 engines in the core or lower stage of the SLS rocket that would provide a total of two million pounds (1,000 tons) of thrust.

Meanwhile, the CASC officials claim that their new “closed expander cycle rocket engines” are capable of generating 25 tons of maximum thrust, which is twice the amount produced by the RL-10 engines. The RL-10 engines, on the other hand, generate about 24,750 pounds of thrust, which is a little more than 12 tons. The officials revealed that the engines will be used in the upper stage of the heavy-lift Long March 9 rocket which is currently under development but will be used to send astronauts to the Moon.

According to CASC, it conducted “the world’s largest closed expander cycle engine test run” on September 6. The officials explained that this class of engines is the most efficient power source for space travel as they can turn a small amount of liquid hydrogen fuel into high-pressure gas using waste heat.

Chu Baoxin, lead scientist of the engine project at the Beijing Aerospace Propulsion Institute, said as per SCMP that the engines were produced using new 3D-printing technology and it would take four such engines to take Chinese astronauts to the Moon. Currently, China, in partnership with Russia, is aiming to land its astronauts on the lunar surface by 2030, whereas NASA aims to do so by 2025 under its Artemis Program.