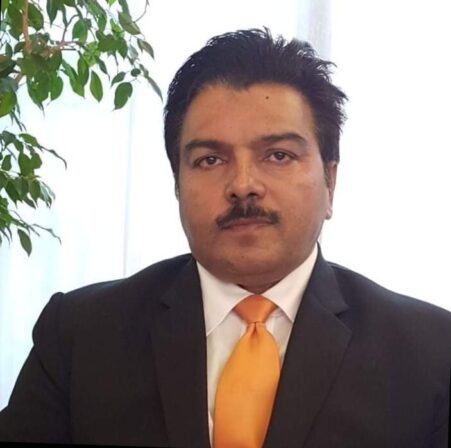 The China-Kyrgyzstan-Uzbekistan Railway Corridor, generally referred as CKU, is expected to start in 2023 after completion of feasibility study this year. The project was dormant since 1997. However, amid shifting supply chains in the wake of the Russian special military operation in Ukraine, the CKU has been revitalized.

Therefore, all three parties to the project have reaffirmed their interest to implement the project. The CKU Railways would boost trade and connectivity not only for China, Kyrgyzstan and Uzbekistan, but its offshoot benefits would also be available for the entire region.

This railway corridor would be 523 kilometers long, with 213 kilometers in China, 260 kilometers in Kyrgyzstan comprising nearly 90 tunnels and then 50 kilometers in Uzbekistan. The CKU Railway would curtail a distance of 900 kilometers from China to Europe and the Middle East, besides reducing a shipping time of seven to eight days. The route would stretch from Kashgar Rail Terminus (connected to China’s national rail network) in Xinjiang province of China to the Andijan city in Uzbekistan via Naryn and Osh oblasts (regions) of Kyrgyzstan. The approximate cost of the railways is $4.5 billion that is likely to be shared by the member states or international and regional organizations.

The CKU route will become the southern part of China-Europe freight train, and link China, Kyrgyzstan and Uzbekistan to Central and Eastern Europe via Iran and Türkiye. From Uzbekistan, the CKU railways can connect with Uzbekistan-Turkmenistan rail to the Turkmenbashi port on the Caspian Sea. At Turkmen port, it can bisect with either Baku port in Azerbaijan and onto markets in Georgia, Türkiye and the Black Sea EU nations of Bulgaria and Romania, or it can move south to Iranian Caspian ports such as Anzali or to Iranian port at Chabahar. From there, maritime access leads to the Middle East, East Africa and South Asia.

In anticipation of increased trade activity with this rail link, Kyrgyzstan plans to develop as a light manufacturing and processing hub for Central Asian trade. The Wildberries e-Commerce platform of Russia has already started operation in the country. Both China and Uzbekistan desire the shortest route through the mountainous Kyrgyzstan, but Bishkek wants a longer CKU route through main population centers for spillover effects like new jobs and export opportunities for local products. The transit fees from the corridor could contribute to substantial recovery of Kyrgyzstan’s economy.

The objective of the Pap-Angren Railway Project of Uzbekistan is to reduce cost and link domestic markets with international markets. After connecting CKU with Pap-Angren, Uzbekistan would become a key hub for the projects of regional interconnectivity. CKU can link with the Trans-Afghan corridor (Termez-Mazar-e-Sharif-Kabul-Peshawar) leading to the sea ports of Karachi and Gowadar in Pakistan, and it can also cross Turkmenistan up to the Caspian Sea, Azerbaijan and Türkiye. Uzbekistan’s recent trade agreement with the UK and European Union cover thousands of products that can now be exported duty free. These trade agreements would be a magnet for foreign investors looking to set up Uzbek facilities for export manufacturing. In addition to the CKU corridor, Uzbekistan already has regional connectivity in the north to Kazakhstan and onto Russia and in the west to Turkmenistan and the INSTC. Potential for CKU would be further enhanced, if it is connected with the recently reopened Pakistan-Iran-Türkiye Rail Freight Line while rail connectivity from Pakistan to China is already planned as a part of China Pakistan Economic Corridor (CPEC).

Once CKU gets underway, it can also connect with the existing freight road, rail and air to Kazakhstan. Currently, Uzbekistan has observer member status and is expected to join Eurasian Economic Union (EAEU) soon. The EAEU comprising Russia, Kazakhstan, Kyrgyzstan, Belarus and Armenia, has free trade agreements with a number of countries. The CKU can also link with the Quadrilateral Transit and Trade Agreement (QTTA) along with Pakistan, China and Kyrgyzstan that is an alternative gateway for Central Asia to the warm waters of Gowadar port. Uzbekistan is already seeking membership of QTTA.

However, the participating countries of the CKU corridor have to cope with challenges of meeting higher cost, mountainous tracks in Kyrgyzstan needing the boring of over 90 tunnels, harsh weather conditions of winter, rail gauge difference with China, political instability of Kyrgyzstan, logistical and technical issues, before the proposed rail route becomes a reality.

In a nutshell, the CKU railway corridor presents a number of strategic and economic opportunities for the member countries China, Uzbekistan and Kyrgyzstan as well as the regional organizations and states. The Chinese side of CPEC begins from Kashgar, which is the starting point of CKU. It means Uzbek and Kyrgyz exports could reach Pakistani markets. Through CKU, China gets the chance to diversify its trade routes and gives resilience to China-EU trade relations. In the first five months of 2022, the EU became the second biggest trade partner of China with a trade volume of $328 billion. New business opportunities in Kyrgyzstan and Uzbekistan would bring prosperity and avert civil unrest. This would help China in stabilizing its western borders. The CKU corridor would certainly boost the Middle Corridor, also called Trans-Caspian International Transport Route (TITR) that has gained popularity after choking the supply chain of the North Corridor via Russia.

The author is Muhammad Rafiq (Pakistan, a senior banker based in Kazakhstan, with an interest in Central Asian studies.