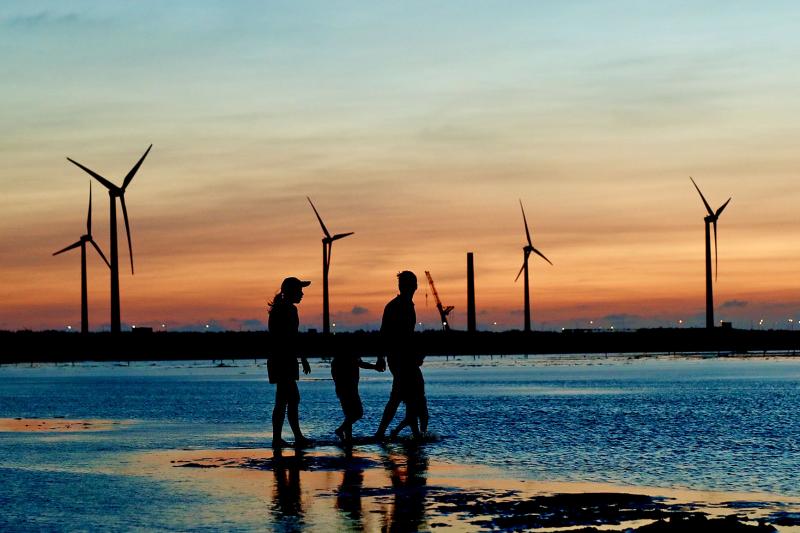 China Steel Corp (中鋼), the nation’s largest steel maker, yesterday said that its board of directors approved a NT$5.51 billion (US$198.69 million) investment in a wind energy venture to embrace global carbon-neural trends.

The company plans to inject fresh capital into its offshore wind subsidiary, a joint venture with Denmark’s Copenhagen Infrastructure Partners.

The company’s 300 megawatt Chong Neng offshore wind farm (中能風場) is part of Taiwan’s second round of offshore wind development and is slated to join the grid in 2024.

In addition to the development of Chong Neng, China Steel is “actively pursuing steel material and construction opportunities in the offshore wind industry,” the company said.

“Our involvement in Chong Neng is a way of for us to participate in the formation of a Taiwanese supply chain in offshore wind,” it said.

The company has been looking to “meet world trends in embracing carbon neutrality” by investing in renewable energy projects, and is pushing to reduce emissions by 7 percent by 2025, the company said last month.

“We are optimistic about the mid and long-term development of the renewable energies industry,” it said.

That brought its cumulative pretax profit for the first eight months of the year to NT$52.997 billion, a surge of 1,447 percent from the same period last year.