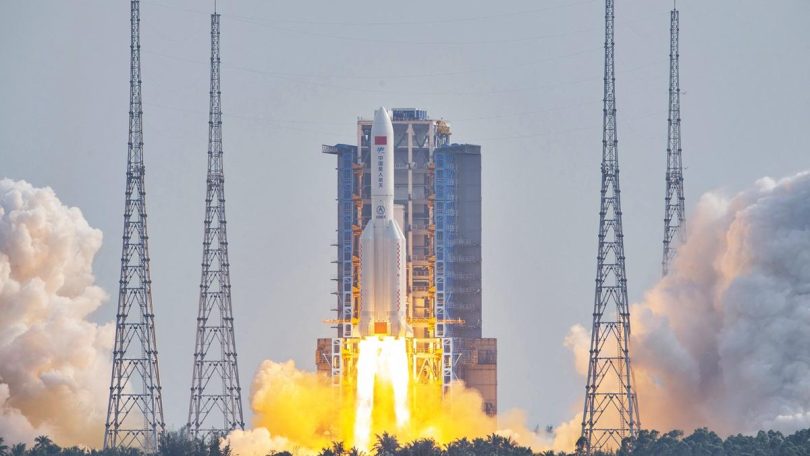 China has revealed that the country’s space science and technology activities will see a significant boost in 2023.

By India Today Web Desk: After conducting over 50 launches in 2022, China has bigger and bolder plans for 2023. The China Aerospace Science and Technology Corporation (CASC) has said that Beijing is planning to launch 60 space missions and over 200 spacecraft in the new year.

In a blue paper, unveiled recently, China has revealed that the country’s space science and technology activities will see a significant boost in 2023 including big-ticket missions like Tianzhou-6 cargo craft, the Shenzhou-16, and the Shenzhou-17 flight missions to further solidify its Tiangong space station activities. The two crewed missions will ensure the Space Station reaches its full potential this year.

Apart from launching these missions, the corporation will also ensure that the construction of a new-generation commercial remote-sensing satellite system is accelerated this year. Meanwhile, the BeiDou-3 Navigation Satellite System will witness the launch of three backup satellites.

Also Read | We could reach Mars in just 45 days. There is a plan in the works

CGTN reported that the CASC will push the fourth phase of lunar exploration and planetary exploration in 2023 as it continues to develop the lunar probe Chang’e-7, Mars probe Tianwen-2, as well as a stationary orbit-microwave detection satellite. Beijing, in 2022, approved the fourth phase.

Beijing will also conduct the maiden launch of the Long March-6C rocket alongside developing the reusable launch vehicles on the lines of the SpaceX Falcon-9 rocket. “Now, the overall plan for the heavy rocket construction has been set, it will be reusable, smart, and efficient,” Gu Mingkun, deputy chief of the Overall Design Department with China Academy of Launch Vehicle Technology, told CGTN.

“When the heavy rocket is put to use in high-orbit missions, its takeoff weight will reach 4000 tonnes, and its takeoff thrust will reach 6,000 tonnes, with reuse capability. In the future, heavy launch vehicles that are fully reusable will be developed,” Gu added.

China successfully conducted 64 rocket launches in 2022 as it sets a new target for 2023. Beijing has already conducted one launch every week, on average, in January.