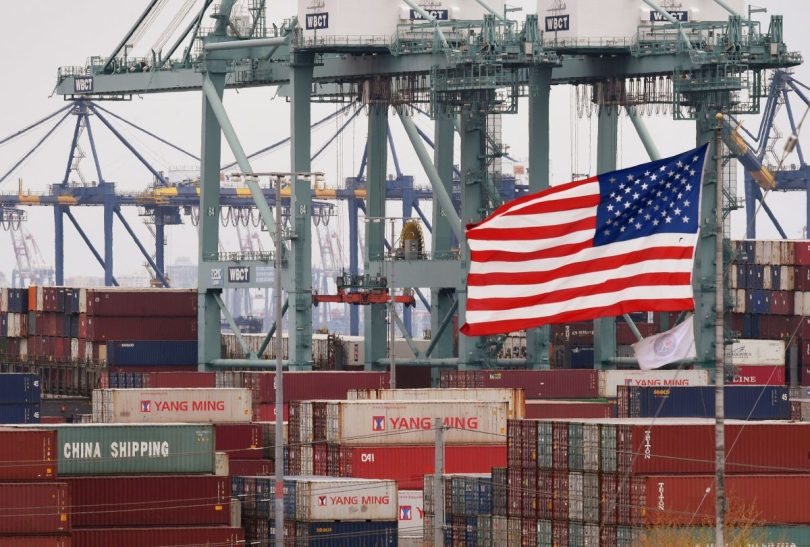 U.S. President Joe Biden expressed concerns over Chinese military activity and transparency at Cambodia’s Ream Naval Base during a meeting with Cambodian Prime Minister Hun Sen in Phnom Penh, according to a White House press statement on Nov. 12.

Experts who analyzed the communist regime’s ambitions in establishing bridgeheads on foreign soil determined its goal is more than overt military control, intelligence gathering, or cultural influence. It is also to exert more effective control over the supply chain, which is just as vital to China’s global power grab.

Tao Rei, a China affairs commentator, told the Chinese language edition of The Epoch Times that China’s military force and its expansion are a major concern to the international community.

Although he believes that the host country still has the final say about the usage of its ports in an emergency, “commercial usage should be high in its strategic consideration,” he said on Nov. 15.

If the regime’s control is to be checked, it is up to individual governments to restrict port shareholding by Chinese firms, Tao said.

Chinese firms own or operate terminal assets in 96 ports in 53 countries, according to research by Isaac B. Kardon of the U.S. Naval War College and Indiana University’s Wendy Leutert, published early this year in the journal International Security.

It is documented that since 2017, Chinese warships made more than 32 “technical stops” on the route from China across the Indian Ocean and into the Mediterranean—an intensive and active use of commercial facilities that fuses military and civilian capacity, said the researchers.

Kardon and Leutert anticipate that this pattern is likely to expand to many of the other 64 ports.

They concluded that these ports—essential nodes in the global transport of goods—enable Beijing’s army to project power regionally and globally.

The authors warned that the flow of goods, vital to U.S. economic health and military capabilities, is at risk of disruption.

It’s noteworthy that Chinese ships are evident in five of the busiest commercial ports in the United States—Miami, Houston, Long Beach, Los Angeles, and Seattle—where Chinese companies have stakes.

According to an October report in Newsweek, critics believe that’s how Beijing strategically exerts its influence: fusing political, business, and military interests with the potential for espionage.

Economist Davy Jun Huang told The Epoch Times that, unfortunately, the majority of the international community does not recognize the communist regime’s political aggression and its grab of natural resources.

“Many still contemplate economic gain when dealing with Beijing,” he said, referring to the Chinese foreign policy Belt and Road Initiative (BRI) that came into effect in 2013 after Xi Jinping gained the leadership of the regime.

Through massive loans and investments in foreign state infrastructures, the Chinese Communist Party (CCP) has gained access to critical ports around the globe.

Huang said that Western countries were focused on their self-interest and were naive to the Chinese threat. That naivety gave the CCP its opportunity.

“There were Italy, Greece, Turkey, Spain, Portugal, and now it’s Germany.” These are not isolated cases and “their joint action is very disheartening,” he said.

Just last year, the CCP-owned firm Cosco struck a deal with the Hamburg port authority. Germany’s economic minister opposed the deal. However, the city’s shipping and business communities, as well as key government sectors, were in favor, citing apparent commercial gain, according to Newsweek.

Many poor and developing countries have fallen into the CCP’s debt trap by repaying BRI loans with alternative resources such as access to ports, public facilities, or mines: what Huang calls “the military or political bridgehead.”

Thus the decade-long implementation of BRI has placed many geopolitically significant ports under the control of the CCP.

Huang said that it was not until the Trump administration that the West started to awaken from the CCP’s aggression. However, he said that so far, the West’s efforts to free those countries from the impact of the CCP have seen little effect.

That could be because, in terms of global strategy, the CCP has a different economic framework from that of the West.

“Beijing cares [about] none of the economic costs, but only [about] control and domination,” Huang said.

Xia Song and Luo Ya contributed to this report.

Mary Hong has contributed to The Epoch Times since 2020. She has reported on Chinese human rights issues and politics.