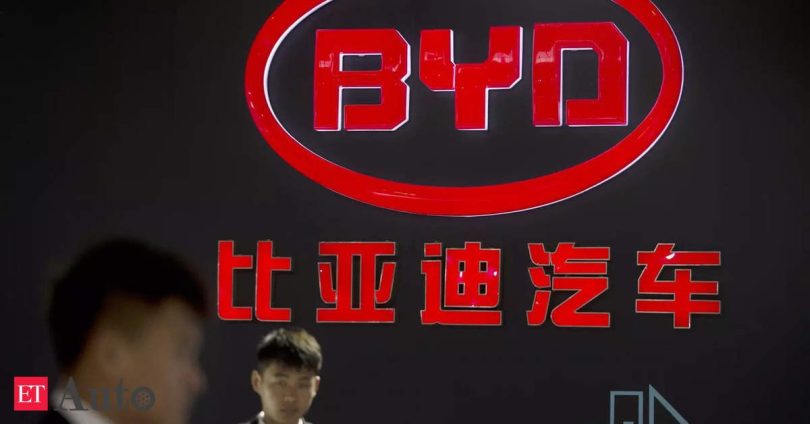 By Phuong Nguyen and Francesco Guarascio

Chinese electric vehicle (EV) maker BYD Auto Co plans to build a plant in Vietnam to produce car parts, three people with knowledge of the plan told Reuters, in a move that would reduce the company’s reliance on China and deepen its supply chain in Southeast Asia as part of a global expansion.

The investment in northern Vietnam would exceed $250 million, one of the people said, expanding parent BYD Co’s presence in Vietnam, where its electronic unit produces solar panels.

The move underscores a wider trend by manufacturers to reduce their exposure to China amid trade tensions with the United States and production disruptions caused by Beijing’s previous COVID-19 lockdowns.

The Xian-based carmaker, which outsold rival Tesla Inc in EVs by more than two to one in China last year, has been expanding elsewhere in Asia, including Singapore and Japan, and Europe.

Backed by Warren Buffett’s Berkshire Hathaway, BYD makes both plug-in hybrids and pure electric vehicles. Like Tesla, BYD controls much of its supply chain, including battery production, a strategy that sets it apart from established automakers.

The company announced in September it would build an EV assembly plant in Thailand with annual capacity of 150,000 cars from 2024.

By investing in Vietnam, BYD is looking to add capacity, control costs and diversify production from its operations in China, where demand has been strong.

Talks are underway to select a site for the Vietnam plant, said the sources, who declined to be named because the discussions are confidential. One said construction was planned to start by mid-year.

It was not immediately clear what components BYD would build in Vietnam and whether it would include batteries or battery packs.

BYD’s planned investment and a $400 million project by digital display maker BOE reported by Reuters this week would equal more than a quarter of the $2.5 billion Chinese companies invested in Vietnam all of last year.

U.S. corporations such as Apple Inc and their suppliers, such as Taiwan’s Foxconn and China’s Luxshare, have also been seeking alternative production hubs, with neighbouring Vietnam one of the main options.

BYD is looking to lease 80 hectares (200 acres) of industrial land, more than doubling its footprint in Vietnam, where its electronic unit rents 60 hectares, a second source said.

The Vietnam plant will export components to the assembly plant to be built in Thailand, one source said.

The operation in Vietnam could also serve the local market, mostly through maintenance services and spare parts for BYD vehicles imported from China, one source said.

That would pose a direct challenge to VinFast, a Vietnamese EV maker that began selling cars in 2019 and plans to expand in the United States and Europe.

In December the U.S. Commerce Department found that units of BYD and other Chinese companies were circumventing decade-old U.S. tariffs on Chinese solar cells and panels.

If finalised in May, that finding would mean those companies would be subject to duties on products made in Vietnam and some other Southeast Asian countries.

The sale lowered Berkshire’s holdings in BYD’s total issued H-shares to 13.97% on Jan. 3 from 14.06%, a filing to the Hong Kong Stock Exchange showed on Monday.