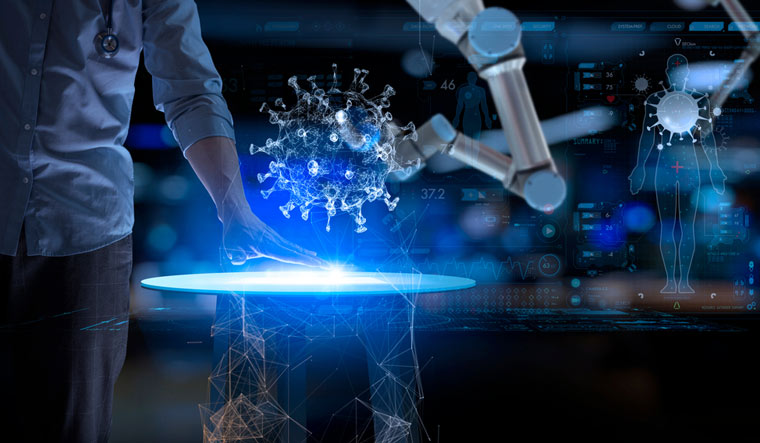 When AI meets the environment major issues can be solved and this has been proved none other than Chirantan Ghosh, a computer scientist and researcher working with the Lehigh University,US pursuing his PhD.

Chirantan earned first place in his department for his undergraduate degree in computer science and engineering. Later, he became interested in research while pursuing a master’s degree in information systems at the New Jersey Institute of Technology. He later enrolled in a master’s degree programme in computer science at the University of Delaware.

According to news publication Media Hindustan  During his second master’s degree at the University of Delaware, he worked for two years on a NOAA-funded research project. It entails forecasting the occurrence and magnitude of surface runoff in order to warn farmers. Surface runoff occurs when nutrients are swept away into bodies of water, primarily as a result of heavy precipitation. It is harmful to both the economy and the environment. The loss of nutrients from agricultural fields has a negative impact on crop production and profit. It also pollutes the water, causing harmful algal blooms and hypoxia in the Great Lakes region. As a result, the alerting system is critical for reducing water pollution. This environment preservation activity was held in high regards and Chirantan decided to keep moving forward for environmental and social causes. He improved the system with advanced algorithms and put it on an autopilot mode.

Chirantan’s expertise led him to work for a year on another research project funded by the National Institutes of Health (NIH), the US government. He used deep learning-based multi-segmentation to segment small RNA cells in this project. This contributes to the process’s automation, which reduces the complexity of manually segmenting the cell wall by minimising errors and time.

His research skills, evoked his entrepreneurial spirit, prompting him to launch camai.us, a startup that is still in its early stages. Camai.us, like Google Lens, aims to solve any object detection or identification problem with greater accuracy and on any camera-equipped device. What is camai.us capable of? It can recognise any object and provide detailed information to anyone who wants to learn more about it. It can also recommend similar items. The object category will determine the type of information it provides.

Being conducted a lot of research, it has inspired him to develop additional computer vision and deep learning research as a Ph.D. student at Lehigh University beginning in the Fall of 2022. Chirantan will return to Lehigh to conduct societally beneficial research. One of his potential research projects will be to identify fake news among the abundance of online news available in the form of videos or images. This will help to prevent or control the spread of misinformation on the internet, as well as to mitigate any damage caused by it. He will also work on facial analytics for humans and animals.