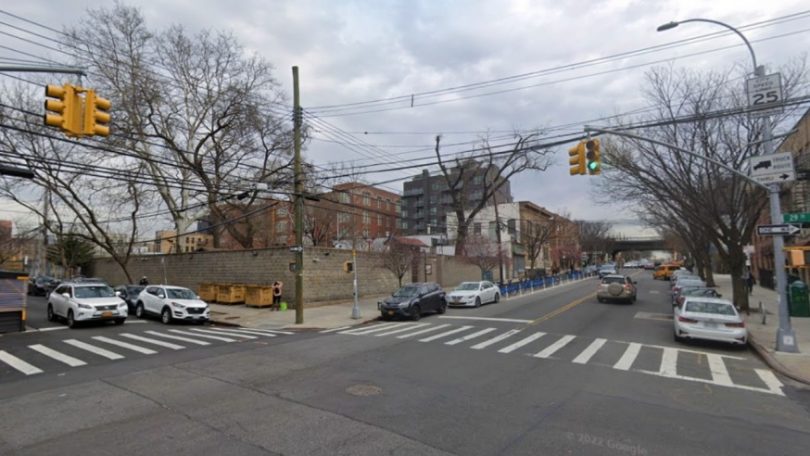 A woman riding a Citi Bike was fatally struck by a cement truck in Astoria Thursday (Photo: Google Maps)

A woman riding a Citi Bike was fatally struck by a cement truck in Astoria Thursday.

Tamara Chuchi Kao, 62, was riding the bike at the intersection of 24th Avenue and 29th Street just after 5 p.m. when the truck hit her as it was rounding a corner, according to police.

Kao, of 30th Avenue in Astoria, was riding her bike eastbound on 24th Avenue when she pulled up alongside the passenger side of the cement truck – between the truck and parked cars – while it was stopped at a red light, police said.

The truck driver, a 48-year-old man, then attempted to turn onto 29th Street after the light changed to green, the NYPD said.

As the driver made the maneuver, the truck struck Kao and knocked her off the bike, cops said.

When police arrived on the scene, they found Kao lying on the roadway with trauma about the head.

EMS pronounced her dead at the scene. It is unclear if she was wearing a helmet, police said. As the driver made the turn, the truck struck the victim and knocked her off the bike, cops said (Photo: Google Maps)

The cement truck driver remained at the scene and was not injured, police said. No arrests have been made and the investigation remains ongoing.

The incident took place feet from a Citi Bike docking station although police could not specify what type of bicycle Kao was riding at the time.

Assembly Member Zohran Mamdani tweeted that the victim was on a Citi Bike.

“A woman riding a Citi Bike two blocks from my office was just killed by a turning cement truck,” Mamdani wrote about an hour after the incident.

A woman riding a CitiBike two blocks from my office was just killed by a turning cement truck.

I don’t know her name & her family likely doesn’t even know that she’s dead.

All I know is that she’s the 4th cyclist to be killed in Astoria in 2.5 yrs.

“These are not ‘accidents’– traffic violence is the outcome of poorly designed streets and is a solvable problem,” Gonzalez wrote.

She said that four people cyclists have lost their lives in Astoria in the last two and a half years.

Today, a cyclist in Astoria lost her life after a turning cement truck hit her. Once we learn more, we will provide updates on how best to support the family and community of this individual. For now we mourn another unnecessary death. https://t.co/uqkxGvlDg6