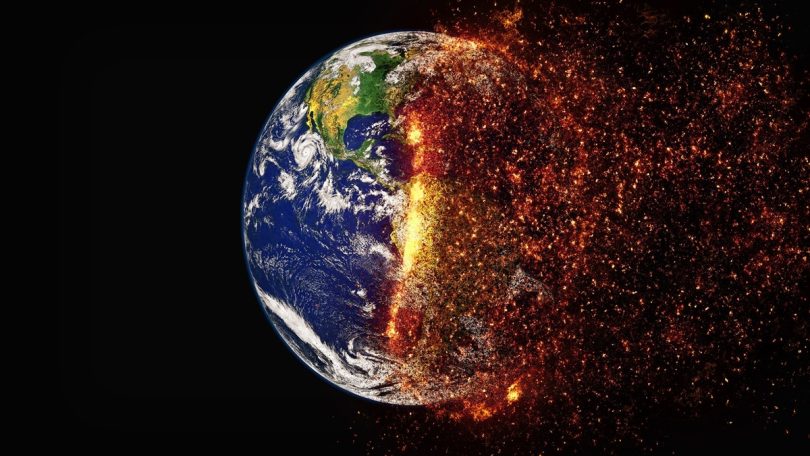 Extreme heat waves, wildfires, and several other natural calamities are proof of the impacts of the changing climatic conditions. According to a survey published by the International Food Policy Research Institute (IFPRI) recently, the average temperature in India is expected to increase by 2.4 to 4.4 degrees Celsius by the year 2100, and summer heatwaves are predicted to double or quadruple by that time. The findings of the report also revealed that South Asia is significantly lagging in terms of climate change reforms and mitigation in the region. Moreover, the ongoing coronavirus pandemic has also ensured a reduction in climate-related investments.

As the report has also predicted that extreme events like intense heat, protracted droughts, and floods are occurring more frequently and with more intensity, several experts told Financial Express.com that these extremities in the climate will influence human health and disease in numerous ways. Meanwhile, the experts have warned that some existing health threats will intensify and new threats to health will also rise. Now, the question arises: how human health and climate are related to each other?

‘Climate change is the biggest threat to human health’

The ever-changing environment and climate lead to include warming temperatures, changes in precipitation, increases in the frequency or intensity of some extreme weather events, and rising sea levels. These changes affect the food and water we consume, the air we breathe, and the weather we experience.

According to the World Health Organization (WHO), between 2030 and 2050, climate change is expected to cause approximately 250 000 additional deaths per year, from malnutrition, malaria, diarrhoea, and heat stress. The global health agency has also warned that the direct damage costs to health (i.e. excluding costs in health-determining sectors such as agriculture and water and sanitation) are estimated to be between USD 2-4 billion/year by 2030.

Meanwhile, experts have warned that people in developing countries may be the most vulnerable to health risks globally, but climate change poses significant threats to health even in developed countries like the United States.

How does climate change affect health?

According to a study published in The Lancet Planetary Health, more than 5 million deaths each year are linked to abnormally hot and cold temperatures across the world. Public health experts have also claimed that air pollution produced by wildfires is associated with respiratory and cardiovascular illness. Moreover, extremely hot weather and heat waves can lead to heat stroke and exhaustion and worsen chronic health conditions. Meanwhile, floods which is one of the most common natural calamities, cause injuries and drownings and spread waterborne disease. Despite, the impact of changing climate on human health being obvious, the true toll of climate change, however, is difficult to measure.

“There is also an increased incidence of vector-borne diseases like Malaria, Dengue etc. Extremes of temperature may lead to dehydration, heat stroke or hypothermia,” she added.

‘Children in India are at high risk of climate change impact’

According to the United Nations International Children’s Emergency Fund (UNICEF), India has been experiencing increasingly severe effects of climate change over the past decades. The global agency stressed that it is located in a vulnerable region of the world, with the melting Himalayan glaciers at its north, a long coastal line all around that brings cyclones and flooding events to coastal communities, and poor air quality in the majority of its cities, which contributes to the deterioration of health, especially in newborns and children.

“In 2019, India was the 7th ‘most affected’ country by climate change. (German Watch, 2019). The number of floods in India rose to 90 in the 10-year period from 2006 to 2015, up from 67 in the previous decade between 1996 to 2005, according to the UN Office for Disaster Risk Reduction. The climactic and environmental outcomes are contributing not just directly to detrimental health issues in children, but also affecting the accessibility of critical social and welfare services, especially for vulnerable and marginalized communities, which in turn further harms children and reduces their quality of life. Therefore, climate change is contributing to a double burden effect,” Marije Broekhuijsen, WASH Specialist, UNICEF told Financial Express.com.

According to IQ Air report 2020, 21 of the world’s 30 cities with the most polluted air in 2020 were in India. Meanwhile, rising temperatures and changing monsoon rainfall patterns from climate change could cost India 2.8 percent of its GDP and depress the living standards of nearly half the country’s population by 2050, according to the World Bank report in 2018.

Several studies have shown that climate change has the potential to do significant economic harm. According to the International Monetary Fund (IMF), it is a global externality—one country’s emissions affect all countries by adding to the stock of heat-warming gases in the earth’s atmosphere from which warming arises. The IMF has also warned that a large number of low-income countries are particularly at risk. According to a 2020 IMF report, climatic disasters cause human suffering as well as largely economic and ecological damage every year. Over the past decade, direct damages from such disasters are estimated to add up to around US$ 1.3 trillion or around 0.2% of world GDP on average, per year.

A 2021 report by the Swiss Re Institute has revealed that the largest impact of climate change is that it could wipe off up to 18% of GDP from the worldwide economy by 2050 if global temperatures rise by 3.2°C.

The study has also revealed that the impact of climate change has been forecasted to be the hardest hit for Asian economies, with a 5.5% hit to GDP in the best-case scenario, and 26.5% hit in a severe scenario.

‘Climate change still not a priority’

According to a recent study conducted by Azim Premji University, only three of every 1,000 questions asked in Lok Sabha for the last 20 years pertained to climate change. The study published last month revealed that nearly 895 questions related to climate change were raised by 1,019 members of Parliament (MP) from 1999 through 2019.

The researchers of the versity who conducted the study categorised the questions asked into three broad sections — impact, mitigation and adaptation and found that around 38.4 per cent of the 27.6 per cent of questions talking about climate impacts were related to agriculture.

“It is not surprising that this is an area of importance for parliamentarians, whose constituencies are largely rural, with 69 per cent of India still living outside cities in areas where agriculture is of major importance,” the researchers wrote.

Moreover, coastal changes are another major topic discussed under climate impacts as India’s three major coastal cities–Mumbai, Chennai and Kolkata–are at risk due to rising sea levels. According to a 2020 assessment, Jharkhand, Mizoram, Odisha, Chhattisgarh, Assam, Bihar, Arunachal Pradesh and West Bengal are the states most vulnerable to climate change. The study also revealed that the socio-economic vulnerability and climate injustice was also not discussed properly. It is noteworthy that in the 20-year-long sudy only six parliamentarian questions mentioned marginalised groups.