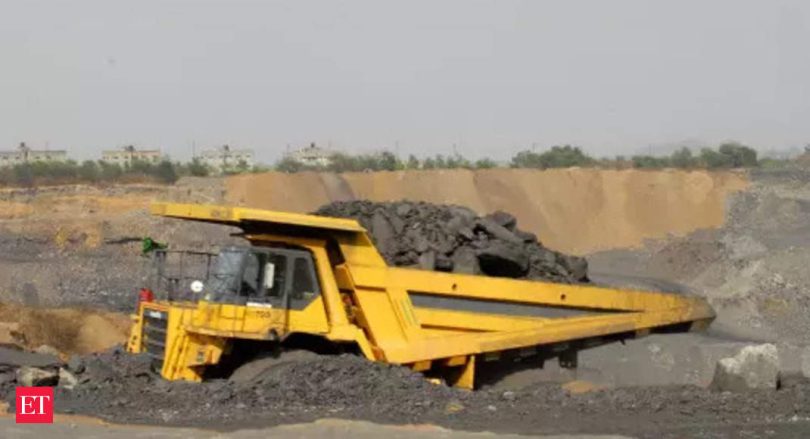 Coal stocks at power plants will be in a comfortable position post-monsoons this year and a crisis like last year’s is unlikely, chairman Pramod Agrawal said in an exclusive interview with ET.

At the beginning of August, power plants had 30 million tonnes (mt) of stocks, he said.

Following a sharp rise in power demand in summer, there were concerns that a coal shortage like last year may again emerge post-monsoon. Coal output declines in monsoon months due to mining difficulties.

The highest level of stocks ahead of monsoons – at 45 MT – was seen in FY20 beginning, but that was in the midst of Covid when coal demand plunged due to lockdown and there was a general slowdown in industrial activity, he said.

“Apart from the high stocks at plants’ end, around 12 MT of stock is available at private washeries, goods sheds, ports, and at

“What aggravated the situation last year was that in just a month – in August – stocks at power plants fell by 11.2 MT. There would not be a recurrence of such oddity unless there is an extraordinary situation,” he said.

Coal requirement from CIL to power utilities is pegged at 137 MT for the July-September quarter, entailing a supply of 1.49 MT on an average per day. “We are so far supplying 1.52 MT per day. During the just-ended July, higher supplies ensured the generating plants build up their inventory to the tune of 1.04 lakh tonnes per day – a stock surge of above 3 MT in the month.”

Agrawal said CIL is unlikely to draw the entire 6 million tonnes of imported coal quantity awarded under two medium-term tenders to an Indonesian firm though the contracts are valid till June next year. “I feel it is unlikely that the entire quantity would be drawn. Quantity drawn depends on the demand requirement of the gencos. So far we have received a requirement for 1.4 MT of coal for blending purposes. As and when requirement is expressed, we shall tap the coal through these tenders,” he said.

The high coal output expansion at the start of the year has brought down the asking growth rate for the remainder of the year to 8% from 12.4% at the beginning of the year to reach closer to CIL’s targeted 700 MT of production, Agrawal said, adding CIL is working on all fronts to meet demand via increased production.