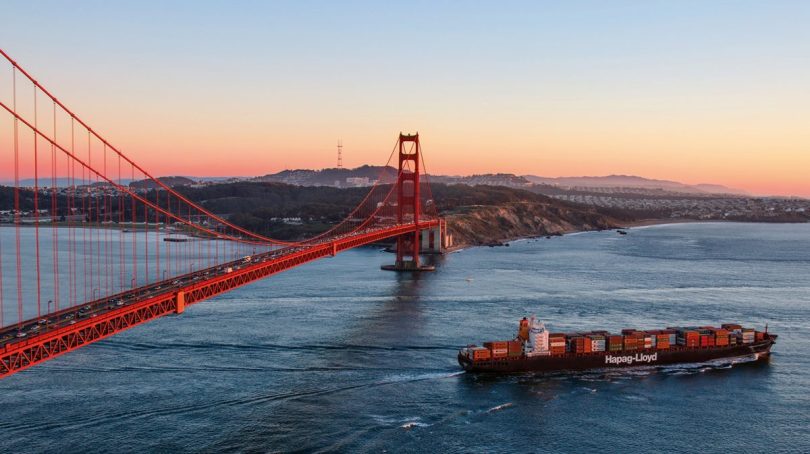 What a difference a year makes. At this time in 2022, over 100 container ships were stuck waiting off the ports of Los Angeles and Long Beach, California, with around 150 off all North American ports combined. Now, there are almost no ships waiting in Pacific waters and increasingly few off the East and Gulf coasts.

Factory closures for Asia’s Lunar New Year holiday are expected to depress U.S imports in the first quarter, giving ports a chance to clear out the last of the queues. According to Jeremy Nixon, CEO of shipping line ONE, holiday factory closures in China should begin Saturday and run through the first week of February, with production taking additional weeks after that to ramp back up.

There were 25 container ships waiting off East and Gulf coast ports Friday morning, roughly half the number in late November and around a quarter of the total in late July.

The Port of Savannah in Georgia had almost 50 ships waiting in mid-2022; there were still close to 30 in late November. As of Friday morning, there were eight.

There were eight ships off the coast of Virginia on Friday, waiting for berths in Baltimore or in Norfolk, Virginia. Hapag-Lloyd said that stack utilization at Norfolk International Terminals was at 56%.

The only other lingering concentration of waiting ships was off Houston. The queue there had been in the mid-20s over the summer. On Friday, there were just six ships.

The Barbours Cut terminal in Houston was at 41% utilization and the rail yard at 29% utilization in the last week of December, said Hapag-Lloyd.

All other ports back to pre-COVID levels

Queues are between zero and two ships at all other North American ports, marking a return to the pre-COVID norm.

The Port of New York/New Jersey is now America’s largest container import gateway, surpassing the Port of Los Angeles. There were only two container vessels waiting off of New York and New Jersey on Friday morning. Hapag-Lloyd put late-December yard utilization at the port’s Maher terminal at 67%, APMT at 45% and GCT Bayonne at 35%. “Waiting times have declined at all terminals [with] import volumes continuing to decline,” said Hapag-Lloyd.

Ship-position data showed one ship waiting off Charleston, South Carolina, and none off Alabama, Louisiana or Florida.

On the West Coast, no ships were waiting for berths at Seattle or Tacoma, Washington. Hapag-Lloyd said Tacoma’s Washington United Terminal was operating at 46% capacity, its Husky Terminal at 30%.

There were two ships anchored in San Francisco Bay, waiting for berths in Oakland, California, and one ship off Los Angeles/Long Beach.

According to Kip Louttit, executive director of the Marine Exchange of Southern California, there has been no backup off Los Angeles/Long Beach since Nov. 22, as any ships that arrive after their scheduled time do so by choice for operational reasons, not due to port constraints. “There is ample labor and there are open berths,” Louttit said Thursday.

At the Port of Los Angeles, the number of import containers waiting nine days or more is down 90% from the peak in late October 2021. The number of total loaded containers on the terminals is down 70% over the same period, according to port data.